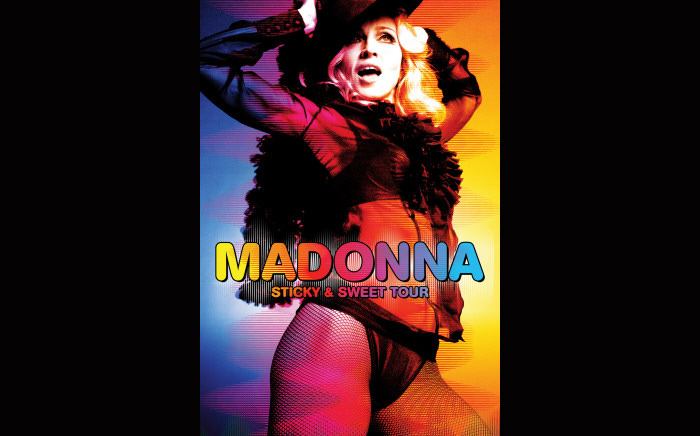 James and Randy Carfagno were hired to source and build set pieces for the infamous Gypsy sequence for Madonna’s Sticky and Sweet tour.

The Sticky & Sweet Tour was the eighth concert tour by American singer Madonna to promote her eleventh studio album, Hard Candy. It began in August 2008 and was Madonna’s first tour from her new recording and business deal with Live Nation. The tour was announced in February 2008, with dates for American and British venues revealed. Though initially planned, the tour did not visit Australia due to financial problems and the financial recession. Costume designer Arianne Phillips designed the costumes, supported by a number of famous designers and brands. The stage for the main show was planned similarly to that of her previous 2006 Confessions Tour. After the tour concluded in 2008, Madonna announced plans of playing a second European leg in 2009 to play in territories she either had never been to or had not played for a long time.
The tour was described as a “rock driven dancetastic journey”. It was divided into four acts: Pimp, where S&M was the main theme, Old School where Madonna’s classic songs were performed, while displaying work of deceased artist Keith Haring, Gypsy, a fusion of Romani folk music and dance, with the performances ranging from melancholy to joyous, and Rave, where she performed eastern influences. The show ended with sing-along of the final song with the audience. Some changes were made to the set list during the second European leg of the tour in 2009, including a dance tribute to deceased singer Michael Jackson. The tour generated positive reviews from critics.
The Sticky & Sweet Tour broke many records in terms of its ticket sales, commercial gross and audience attendance. After the first leg, it became the highest grossing tour by a solo artist, earning $282 million, breaking the previous record Madonna herself held with her Confessions Tour. Overall, Madonna performed to over 3.5 million fans in 32 countries, grossing a total of US$408 million, making it the then-second highest-grossing tour of all time, behind only The Rolling Stones’s A Bigger Bang Tour. It still remains the highest grossing tour by a solo artist and the fourth highest-grossing tour of all time. At the 2009 Billboard Touring Awards, the Sticky & Sweet Tour won the Top Tour and Top Draw prizes, which acknowledge the highest-grossing and highest-attended tours of the year, respectively. Madonna’s manager Guy Oseary won the Top Manager award.
While on tour, a number of statements by Madonna against 2008 American Republican Presidential and Vice Presidential candidates John McCain and Sarah Palin, respectively, faced strong opposition from the Republican Party. While performing in Romania in 2009, Madonna’s statement about gypsy discrimination in eastern European countries was received negatively. During the second leg, two workers constructing her stage at Stade Vélodrome in Marseille were killed when the roof of the stage collapsed. The Sticky & Sweet Tour has been broadcast on a number of private channels and a CD/DVD and Blu-ray version of the performances, was released in March 2010.

- James Vogel with Randy Carfagno productions worked on building the set for the gypsies sequence. 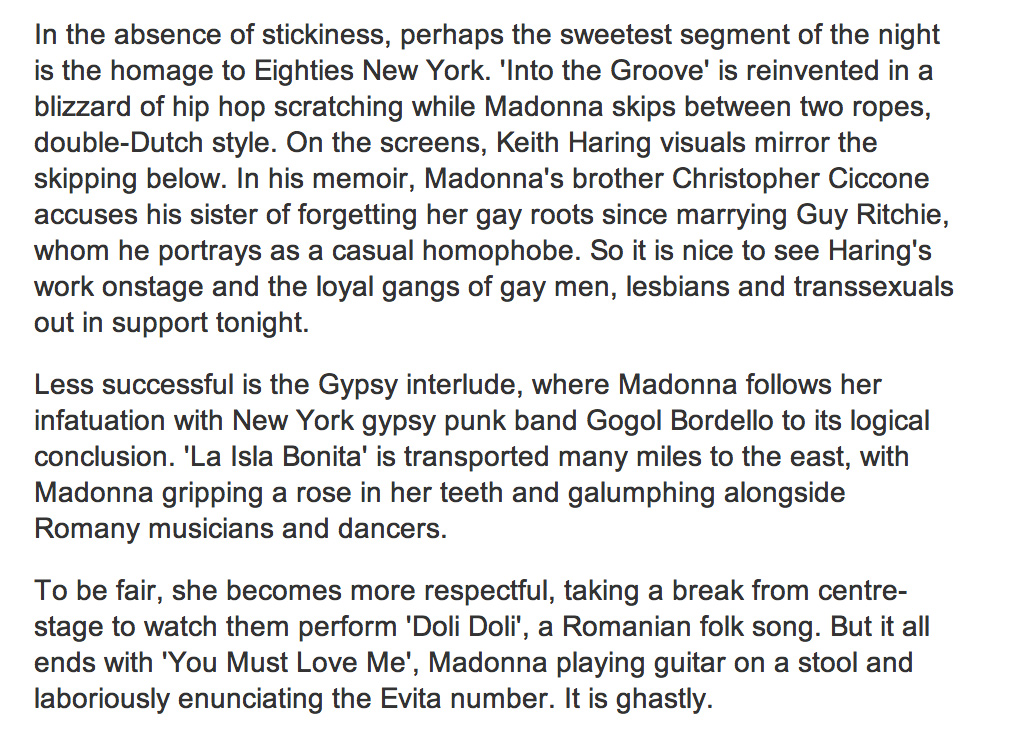 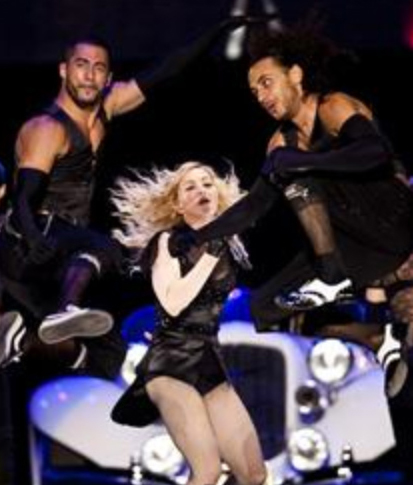