Men’s Stories: A Concerto in Ruins, the first of two memorable works presented by Lar Lubovitch Dance company at the Baryshnikov Arts Center. Created in 2000 and featuring an all-male cast of nine dancers, Men’s Stories deconstructs masculinity, pitting individuality against group mentality. The men, who are remarkably varied in appearance, are at first dressed in tailcoats — like members of an elite gentleman’s club or, alternately, hotel doormen — and they showtheir physical prowess in what appears to be a routine: push-ups, spins, arms spread like airplane wings, legs kicking high. The group often disintegrates and disappears, allowing dancers to show unique personalities through solos and (sometimes romantically tinged) duets. Some performers (Nathan Madden) offer exhilarating displays of athleticism, and others (Jonathan A. Alsberry) are more introspective. None, however, can escape “the group,” which invariably returns to interrupt these moments of solitude. As the others flood the stage, the differences between the men fade and they again become anonymous parts of one machine. The efficient score, an audio collage by Scott Marshall, creates further tension by waging battle on itself, combining fragments of classical music, sound effects, and straight-up noise. Even a recording of an awkwardly humorous father-son chat about puberty finds its way in. (“Gee, our bodies are complicated, aren’t they, Dad?” the boy asks. They sure are.) 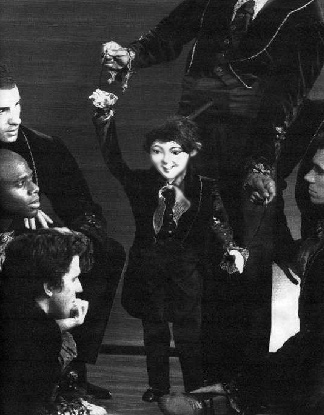 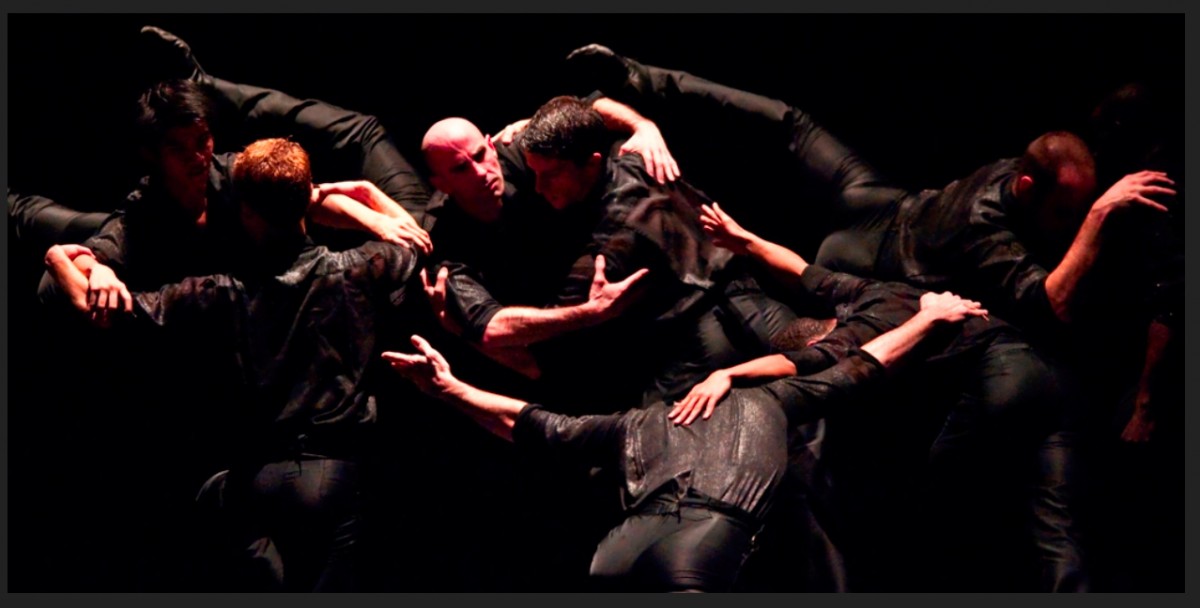 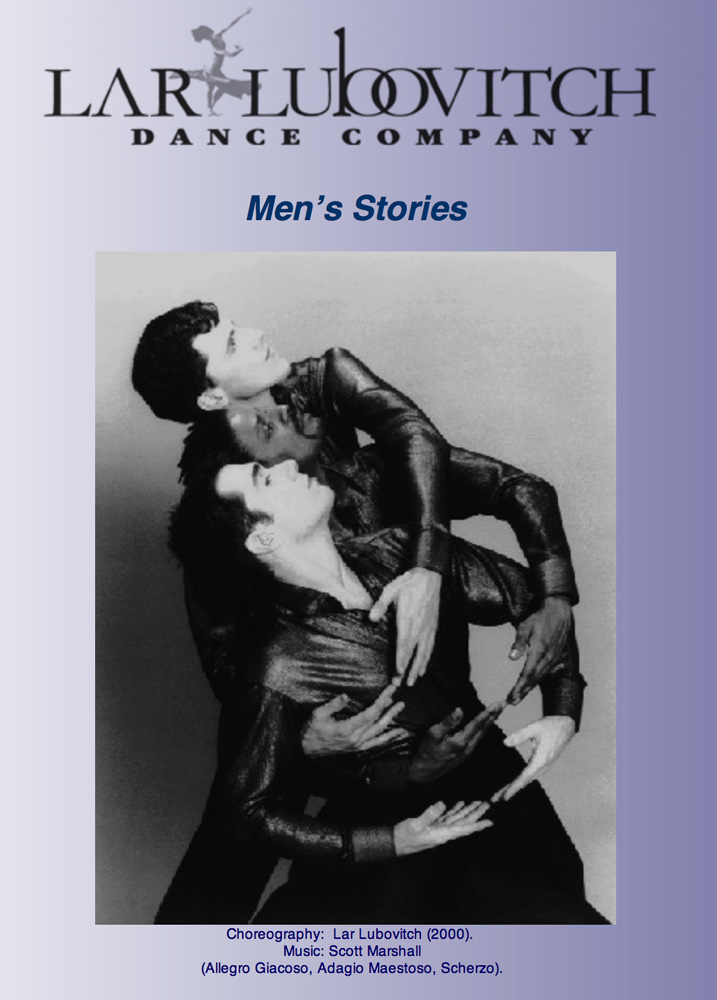