?koostik hookah is a jam band from Columbus, Ohio. Formed in 1991, they host a biannual music festival called Hookahville, typically located at Legend Valley in Thornville, Ohio or at Frontier Ranch in Kirkersville, Ohio. The spring Hookahville happens over Memorial Day weekend, and in fall, over Labor Day weekend. Hookahville has performances from many bands and is headlined by ?koostik hookah.
The band has made multiple national tours in the US, as well as performing in overseas locales like Amsterdam and Jamaica, although they may more commonly be found playing local Columbus, Ohio venues like Newport Music Hall, and Lifestyle Communities Pavilion. They are also fixtures at Nelson Ledges Quarry Park in Garrettsville, Ohio. The band has shared the stage with many of today’s top touring “jam bands”, as well as stars such as Willie Nelson, Arlo Guthrie, Bob Weir, and Bruce Hornsby.
The band’s name, pronounced “Acoustic Hookah,” was taken from dictionary entries for the two words. The phonetic spellings were chosen, and the schwa (?) became the band’s official symbol. “Schwa” is also the title of a song by keyboardist and primary songwriter Dave Katz. The band endorses a number of charitable causes,among them Pittsburgh’s ongoing BurghSTOCK Concert Series that benefits area non-profits that assist homeless and disabled military veterans.

James Vogel grew up with the band and has thousands of drawings of the band from the mosh pit. James designed two of the bands album covers. James has produced a half time show and giant bobble head of the bands drummer Eric Lanese. 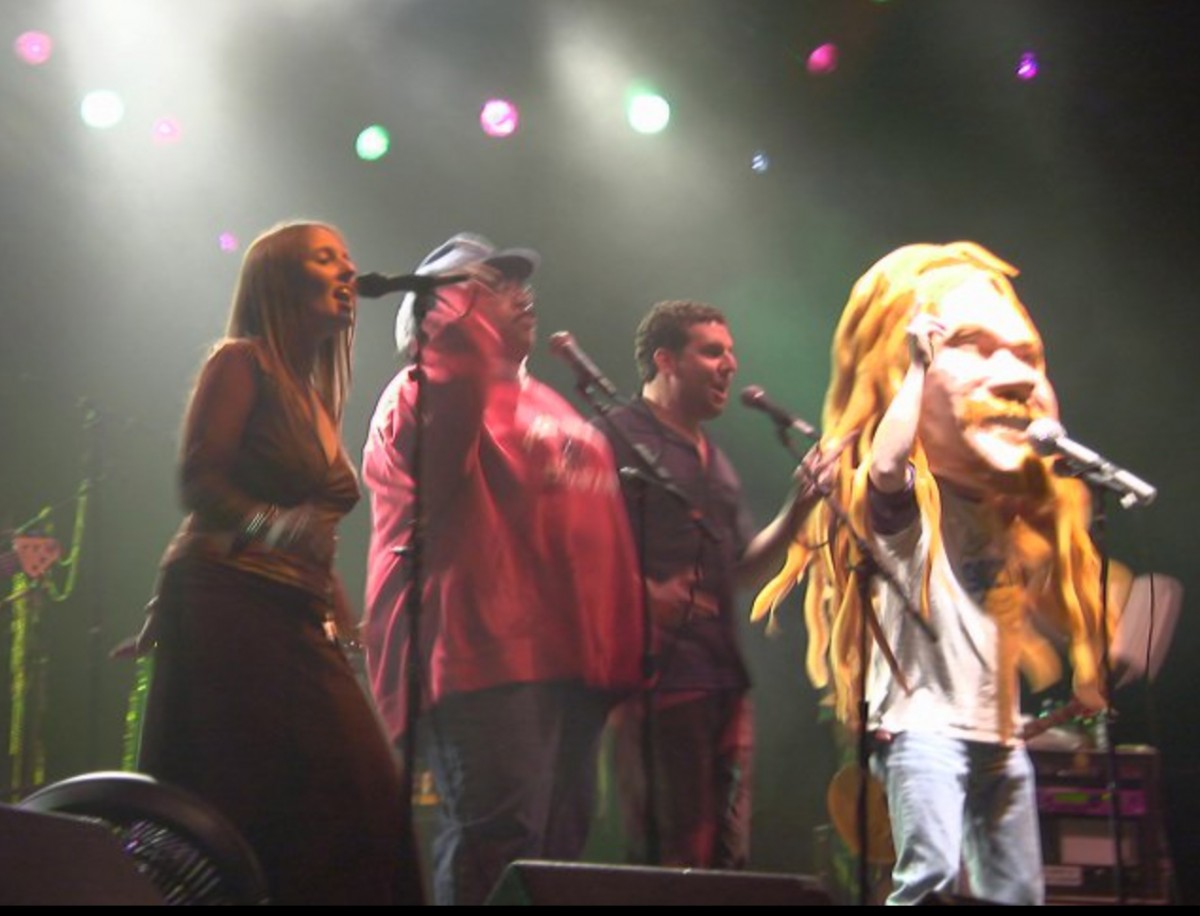