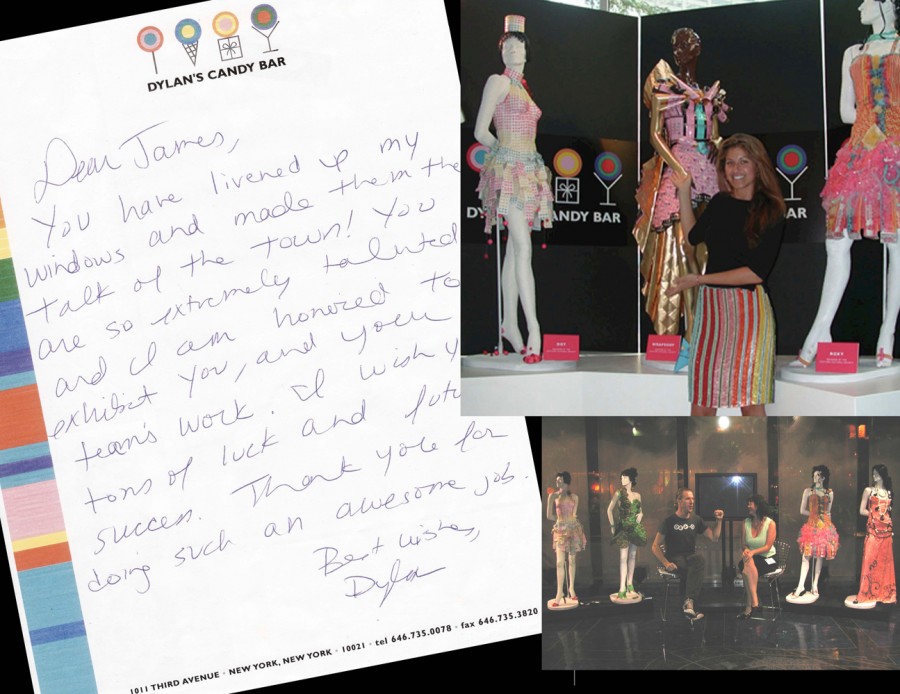 NEW YORK — Dylan Lauren is showing that she is her father’s daughter.
In a tip of the hat to fashion week here, Ralph Lauren’s daughter on Thursday will dress up the Third Avenue windows of her candy emporium, Dylan’s Candy Bar, with mannequins wearing clothes made of, you guessed it, candy. One of the dresses consists of 535 gumballs, 2,500 turquoise M&Ms and 192 feet of candy dot paper. Another outfit is made up of 10 pounds of turquoise rock candy and 20 pounds of pink rock candy. There will be one figure with tie-dye cotton candy hair and another with spray-painted green M & M as hair.
“We want it to be Barneys times 1,000,” said Lauren, referring to Simon Doonan’s otherworldly windows for the Madison Avenue flagship. “We wanted something that is over the-top but still artistic. The outfits aren’t anything you’d see in any windows.”Lauren collaborated with the Costume Cultural Society, a nonprofit group of costume designers. They created what is being called “Candy Couture,” the high-calorie window display and a behind-the-scenes photo exhibition that will be featured at 1011 Third Avenue through the end of October. “The way we played with candy by morphing really pushes the imagination,” said designer James Vogel. During recent editions of 7th on Sixth, Lauren noticed a surge in store traffic among models, stylists and tourists in town for the runway shows, so this time she said she wanted to show some solidarity. “Fashion week is such a popular New York event. This is an opportunity to tie into an event that is sort of like another holiday for a lot of people.” The latest creations will be auctioned to benefit CCS, but details have not yet been completed.

——————-
On September 15th, three of the seven pieces were featured on NBC’s Today Show with Katie Couric discussing them during a segment on fashion week. 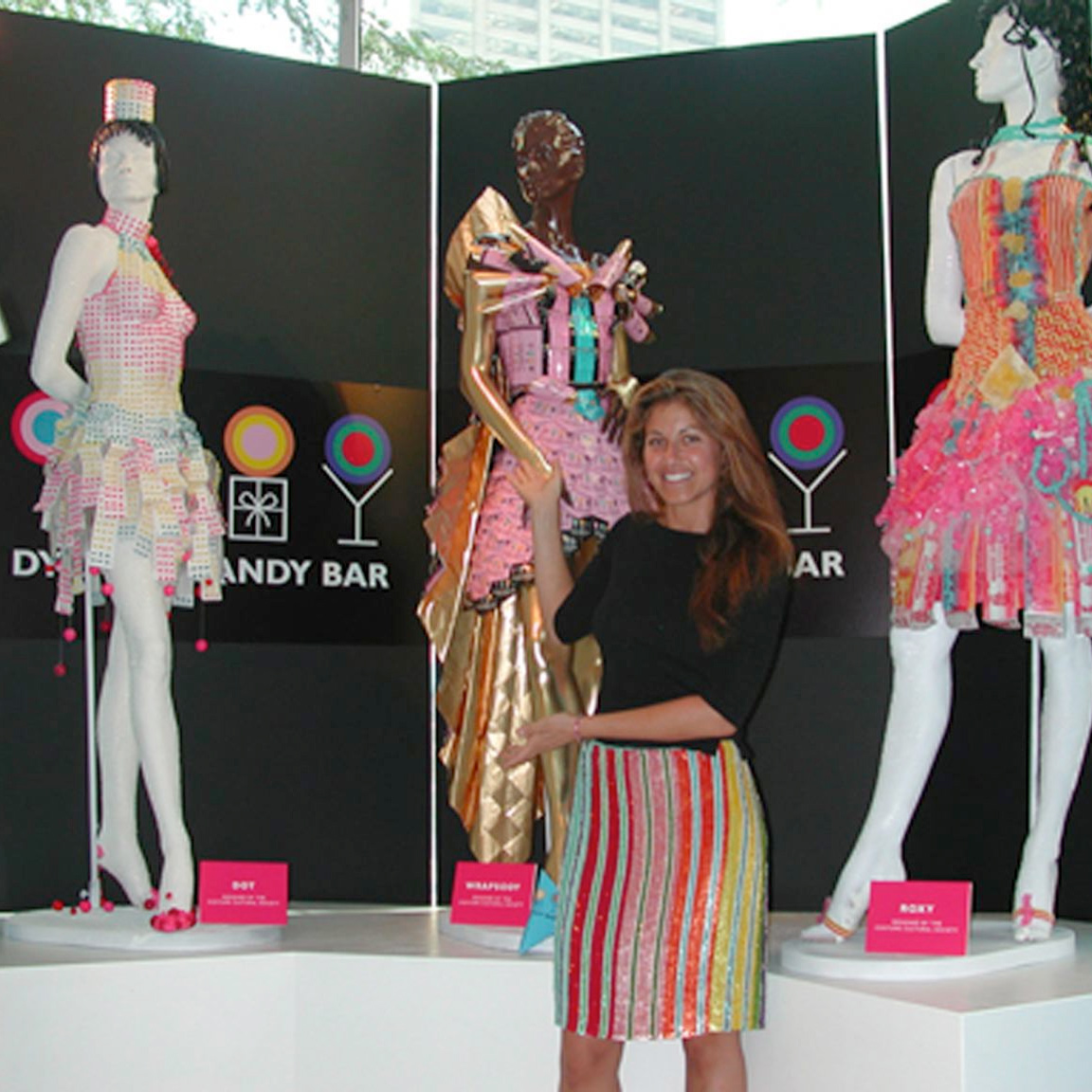 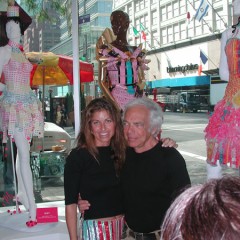 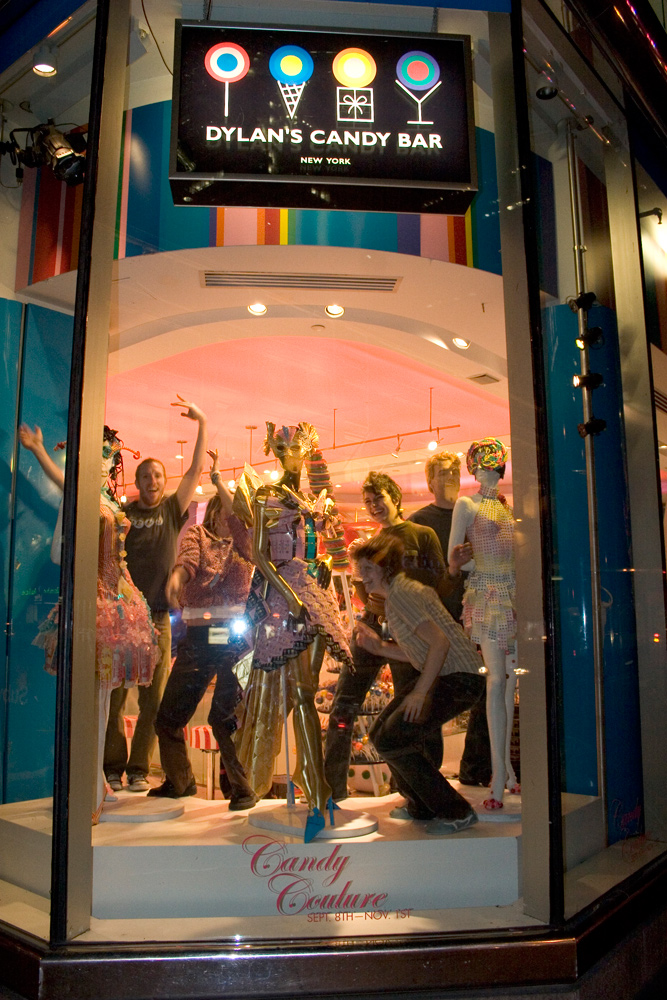 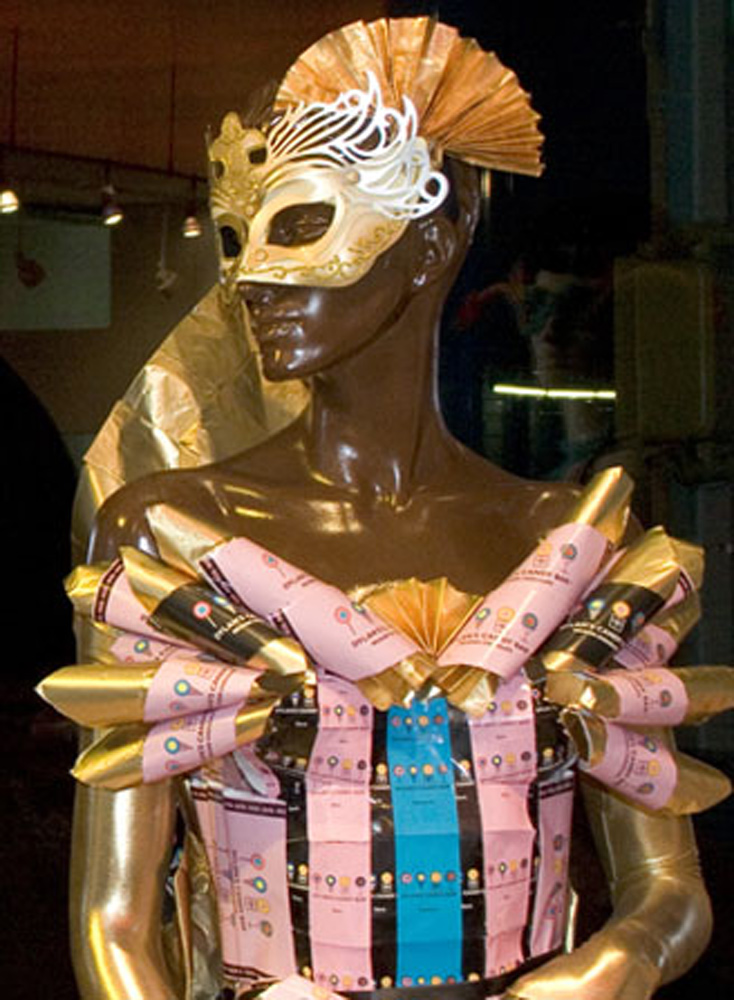 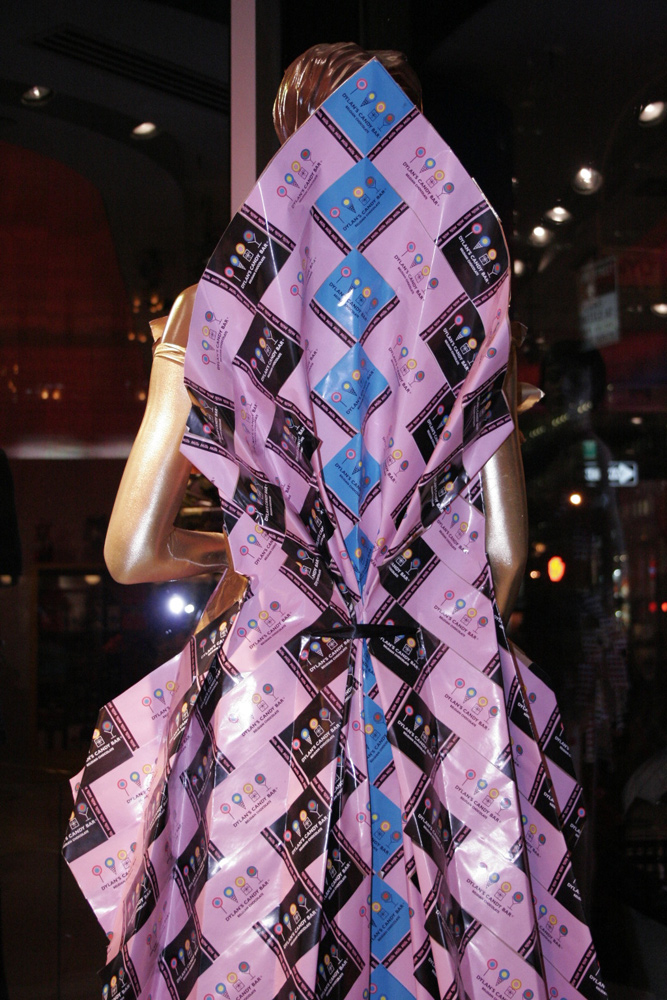 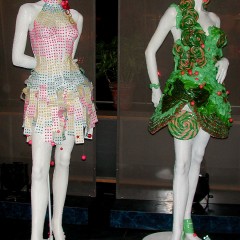 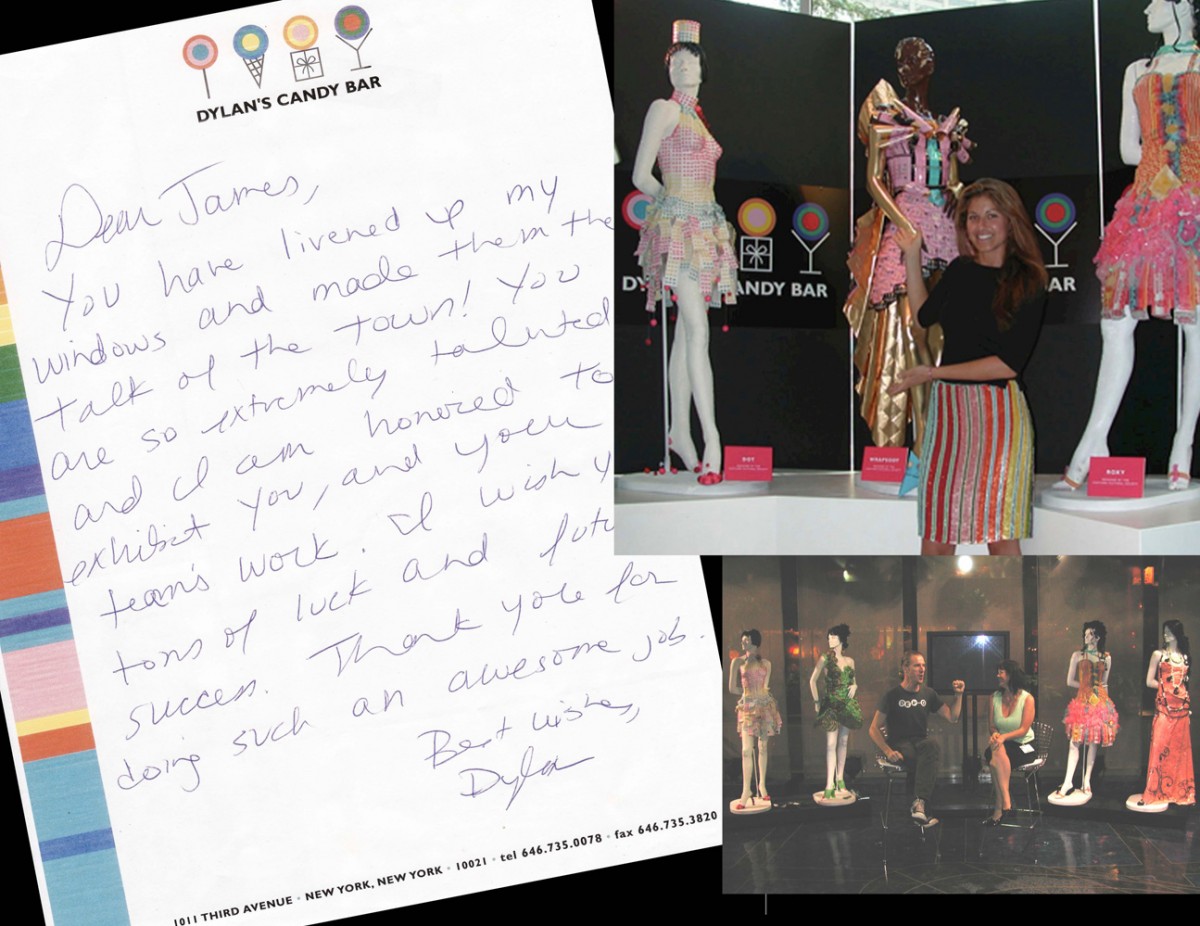 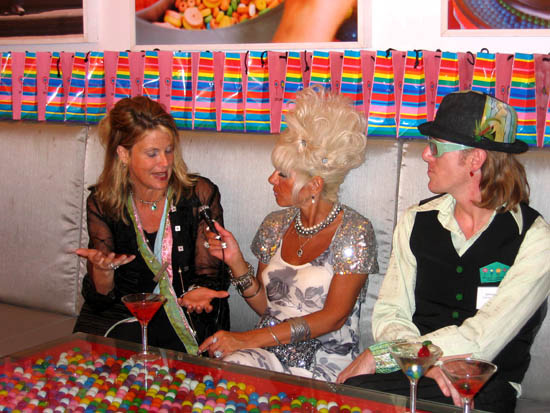 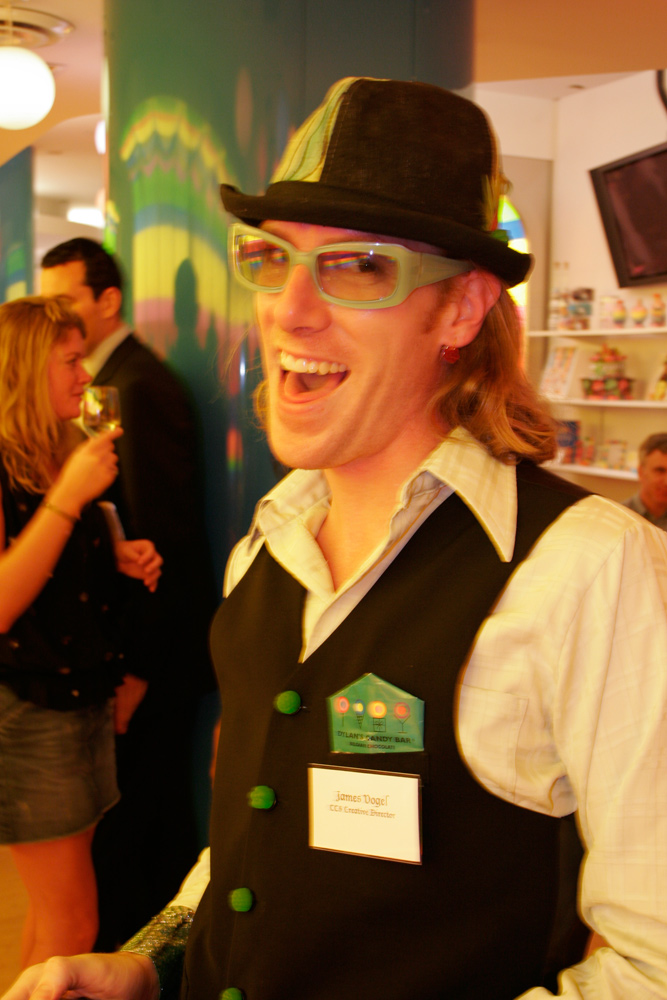 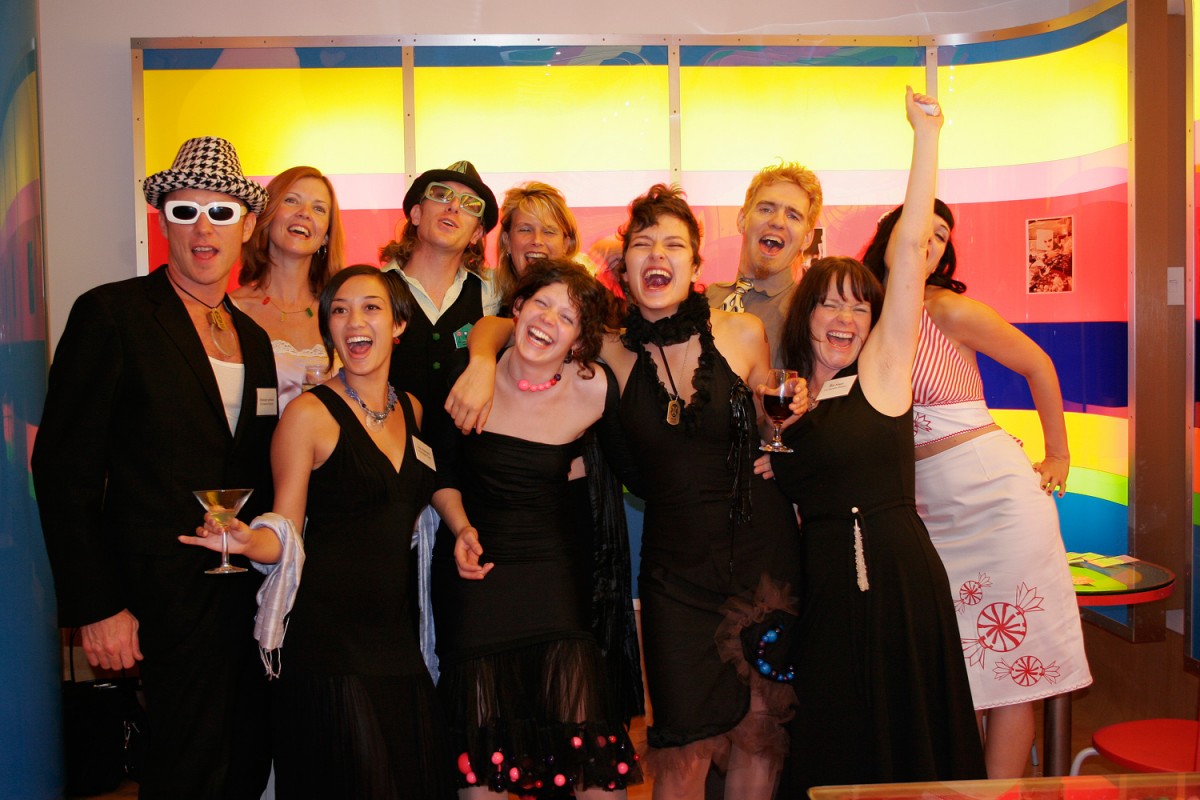 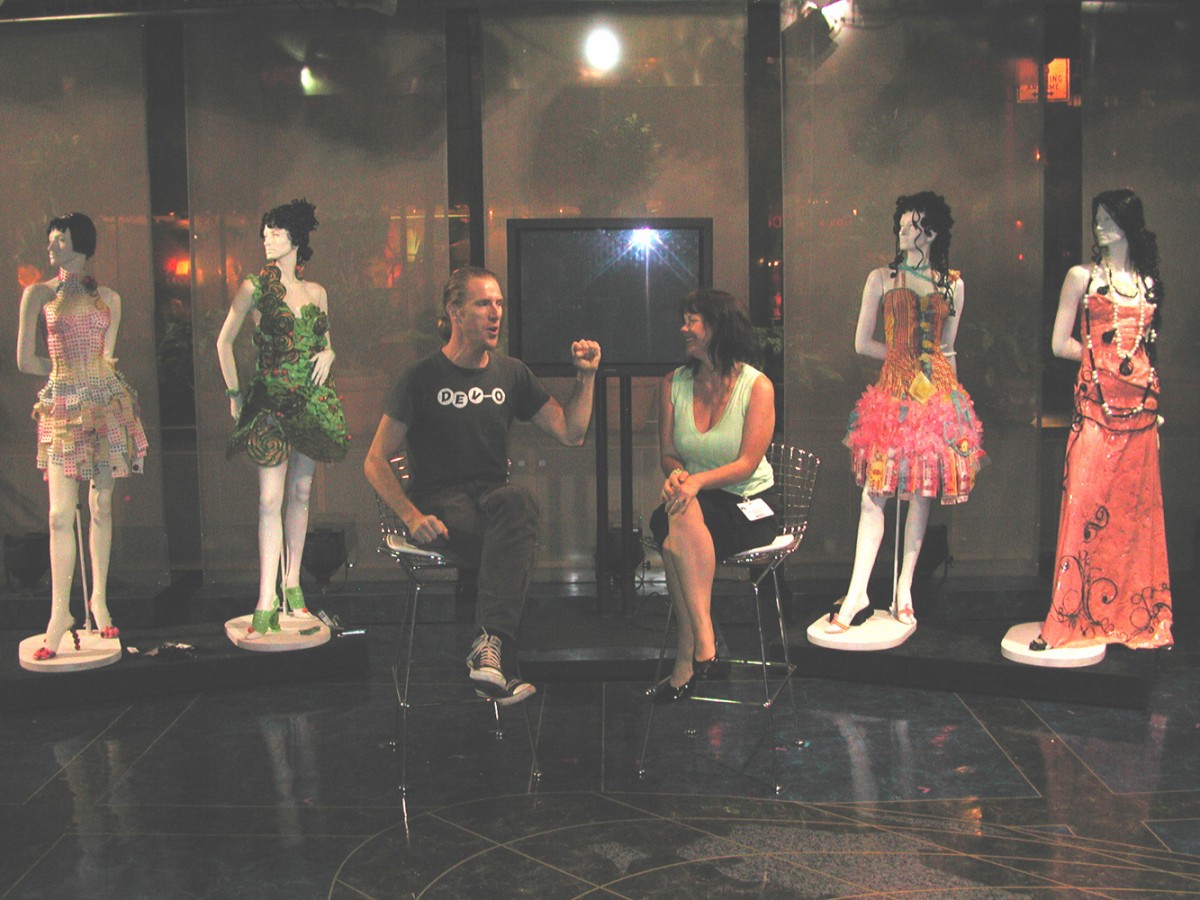 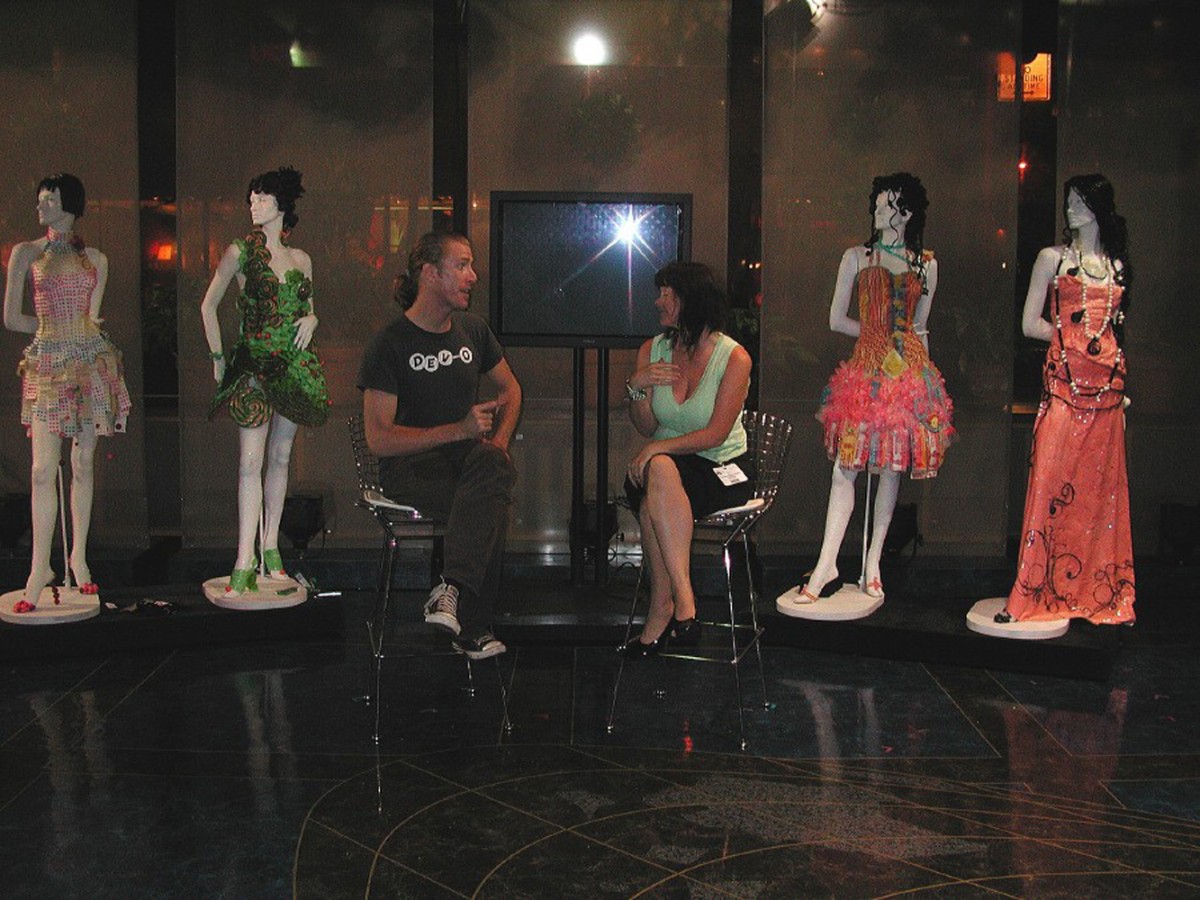