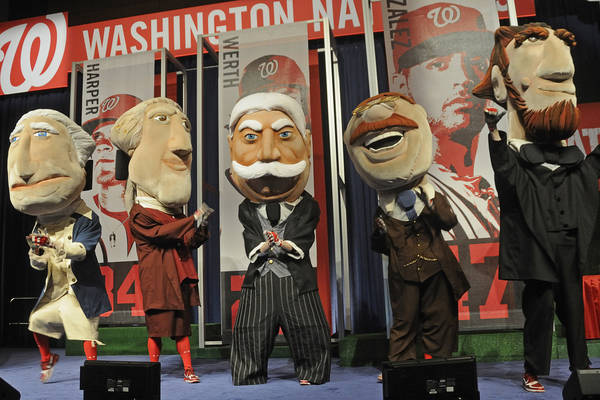 www.randycarfagnoproductions.com
The original Racing Presidents (the same foursome on Mt. Rushmore) debuted in 2006. In 2013 they are joined by a fifth racer: William Howard Taft — nicknamed Bill or Big Chief. “Teddy has handpicked the next president for the Presidents’ Race,” Nationals COO Andy Feffer said. The 12-foot oversized mascots race from center field to first base during the fourth inning of every Nats home game. Their uniform numbers correspond with the order that they held office (George, 1; Tom, 3; Abe, 16; Teddy, 26; Bill, 27). Teddy Roosevelt broke his astounding streak of 525 losses, winning on the final day of the 2012 regular season when a hybrid of Gumby and the Phillie Phanatic took out the other three presidents. The standings for the 2012 regular season: George Washington, 30; Abraham Lincoln, 29; Thomas Jefferson, 27; Teddy Roosevelt, 1. Oh, and OF Jayson Werth won one race. Teddy has a rabid fan base and has blogs devoted to him. As a whole, the prez squad was runner-up in our election.

George Washington is the quintessential champion. He is, as the saying goes, first in war, first in peace and first to win the Washington Nationals Presidents Race. This final achievement ranks among George’s most cherished, including winning the American Revolution and founding the nation. George is low-key and confident, not a braggart. He races with easy strides, sure of his ability, proud of his achievements. Because of his confidence, he may seem stoic and disinterested – maybe even above it all. Undaunted by his opponents, George is simply determined to win -even if it takes putting a lesser man down.

Tom Jefferson is more bookish than athletic. He is a reader, a studier. He is prone to distraction, once stopping mid-race to orate to the crowd. Before each race, Tom tests the atmospheric conditions in the stadium, the incline of the route and the length of the course…and sometimes ferments up a bottle of wine. He was often the last one picked on the colonial playground (but was always the first picked for the math team). Still, with dashing good looks, a keen mind, and perhaps a bit of bravado, Tom often sprints his way to the front of the race.

Abe Lincoln is the true dark horse. Raised in a cabin and reared on hard work and dedicated study, Abe is undaunted by odds. His athleticism comes from years of toil. His determination is innate. Despite his famous moniker, Abe is not always the most honest of runners – he realizes what it takes to win and knows that, in the end, he will earn the respect of his competitors. With long strides (and longer face), Abe often finds himself emancipating himself from the pack and crossing the finish line first.

Teddy is the people’s champion. He became the undisputed favorite among fans who were baffled by his seeming inability to win, a streak that lasted nearly seven full seasons. He had the skills, he had the drive and he had the brains, but he did not legally break the finish line first until the final regular season game of 2012 – following the Nationals first-ever playoff berth. Maybe it’s his independent Bull-Moose spirit, but Teddy doesn’t like to play by the rules. He’s been spotted in the upper deck, tossing t-shirts, or cruising in a golf cart, all while his racing compatriots stick to the track.

Bill is the ultimate competitor. A law expert, historian and staunch follower of the Constitution, he is never afraid to take out his competition – or simply stand in their way. Using his mighty stature, The “Big Chief” strikes fear in his racing opponents and often finds himself leading simply because the others worry about the repercussions of causing him to lose. The first President to throw out a first pitch at a baseball game – on Opening Day, 1910 at Griffith Stadium in D.C. – Bill also allegedly invented the seventh-inning stretch when he stood up to stretch at a game and fans followed suit. 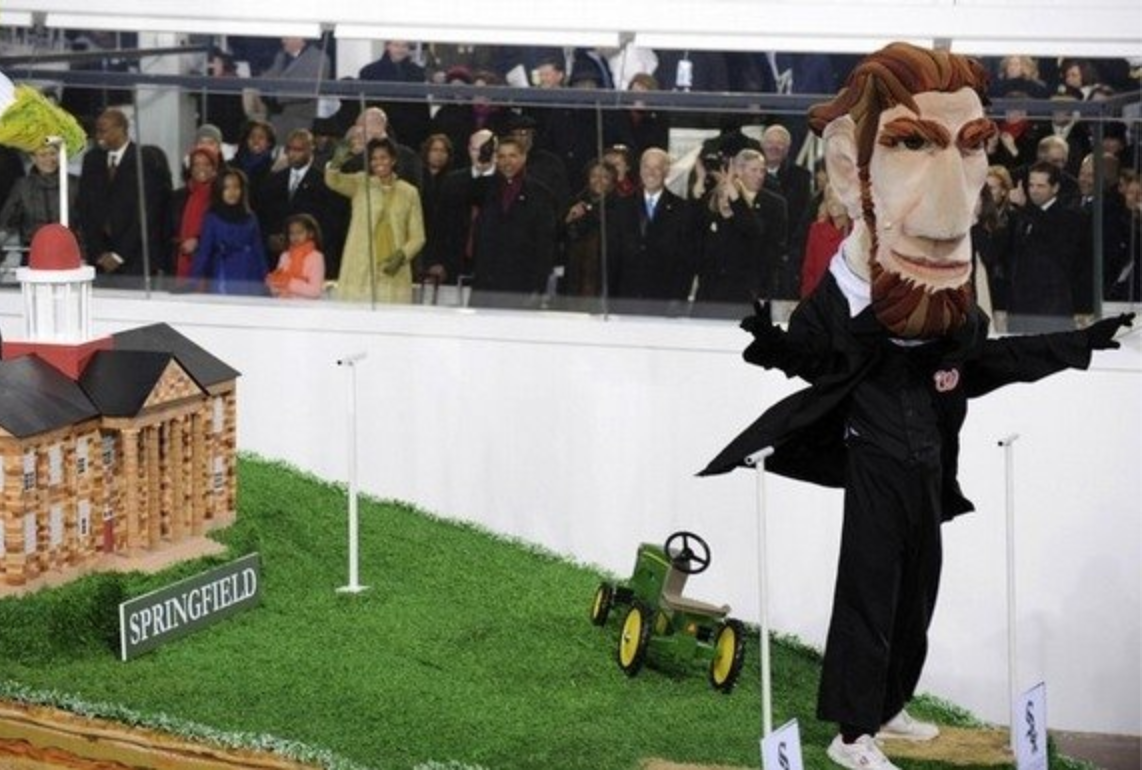 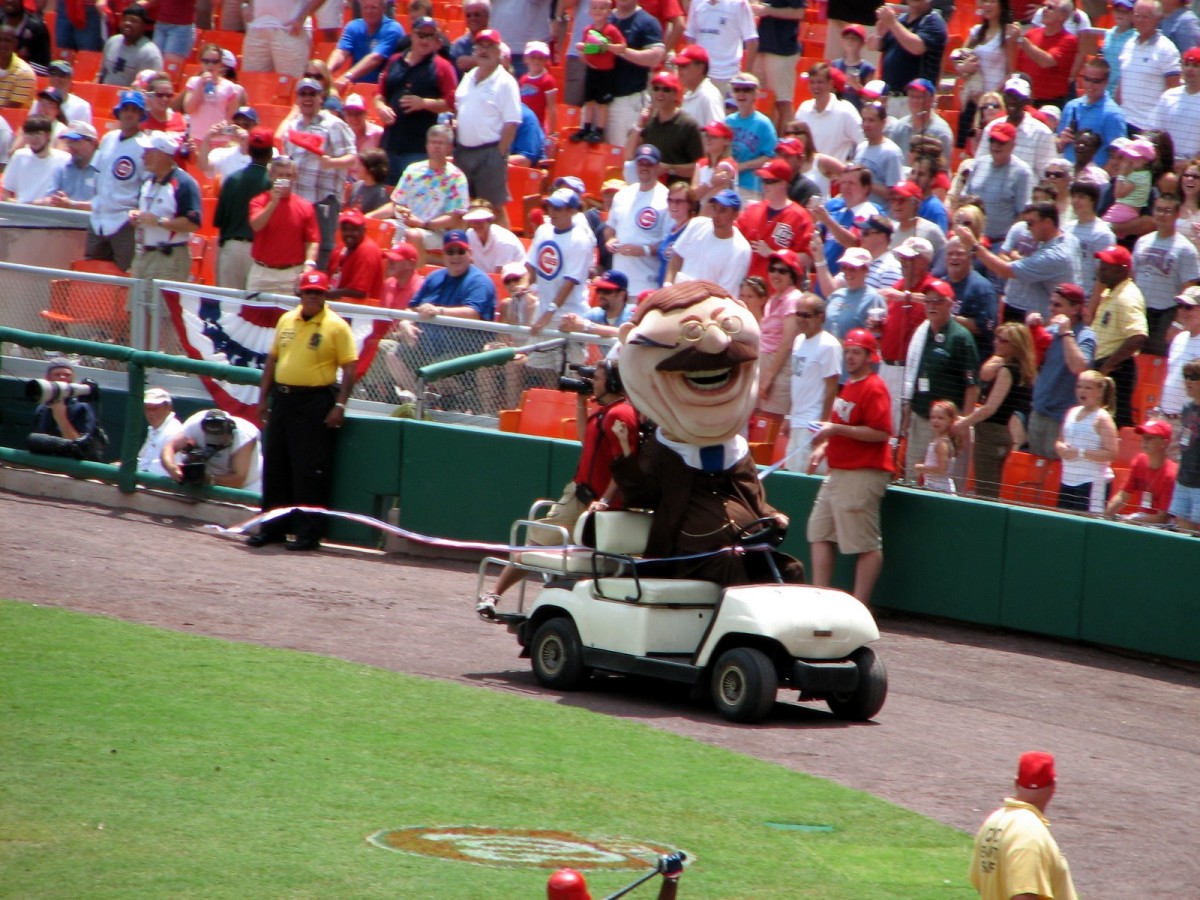 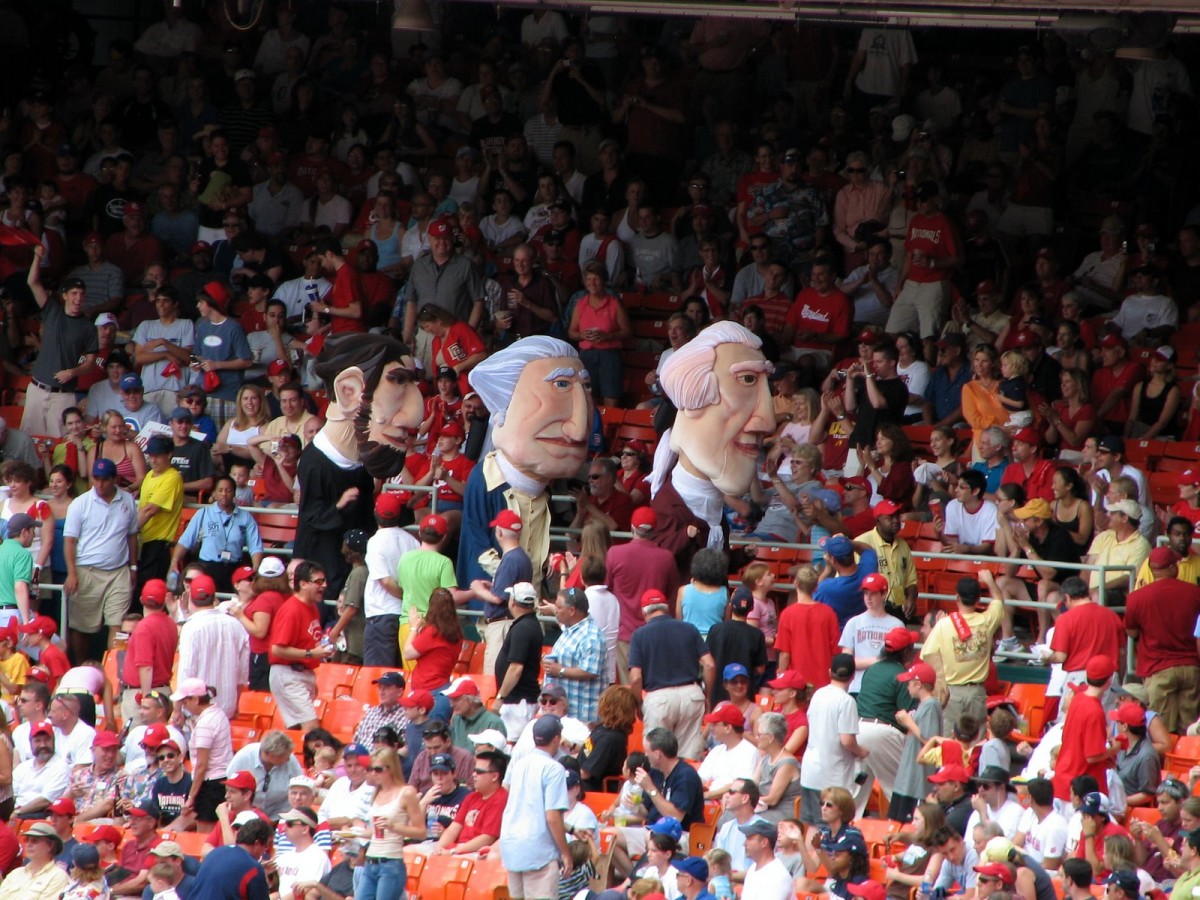 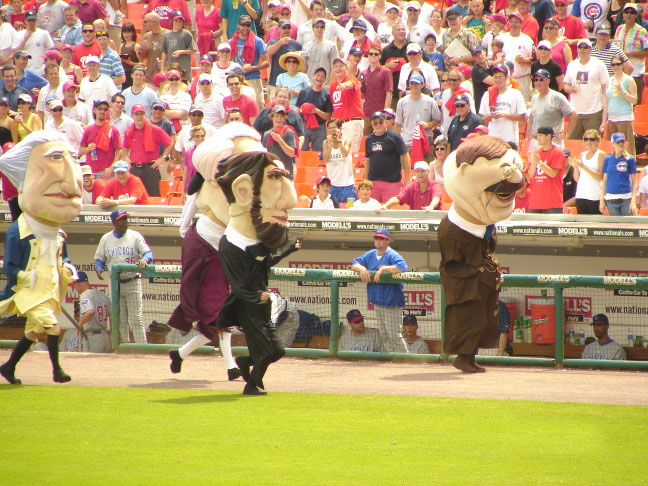 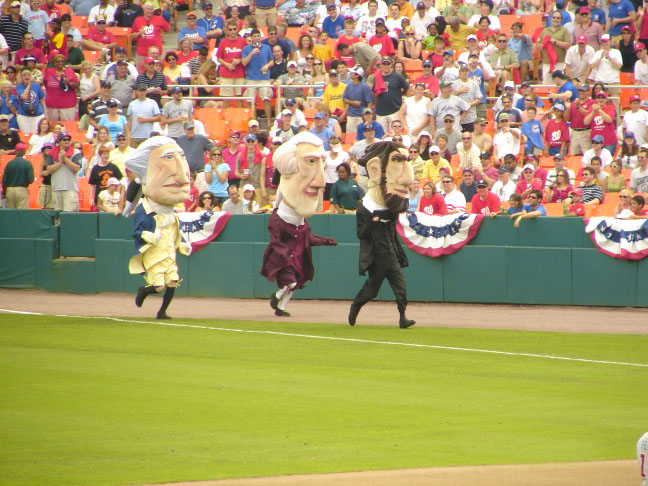 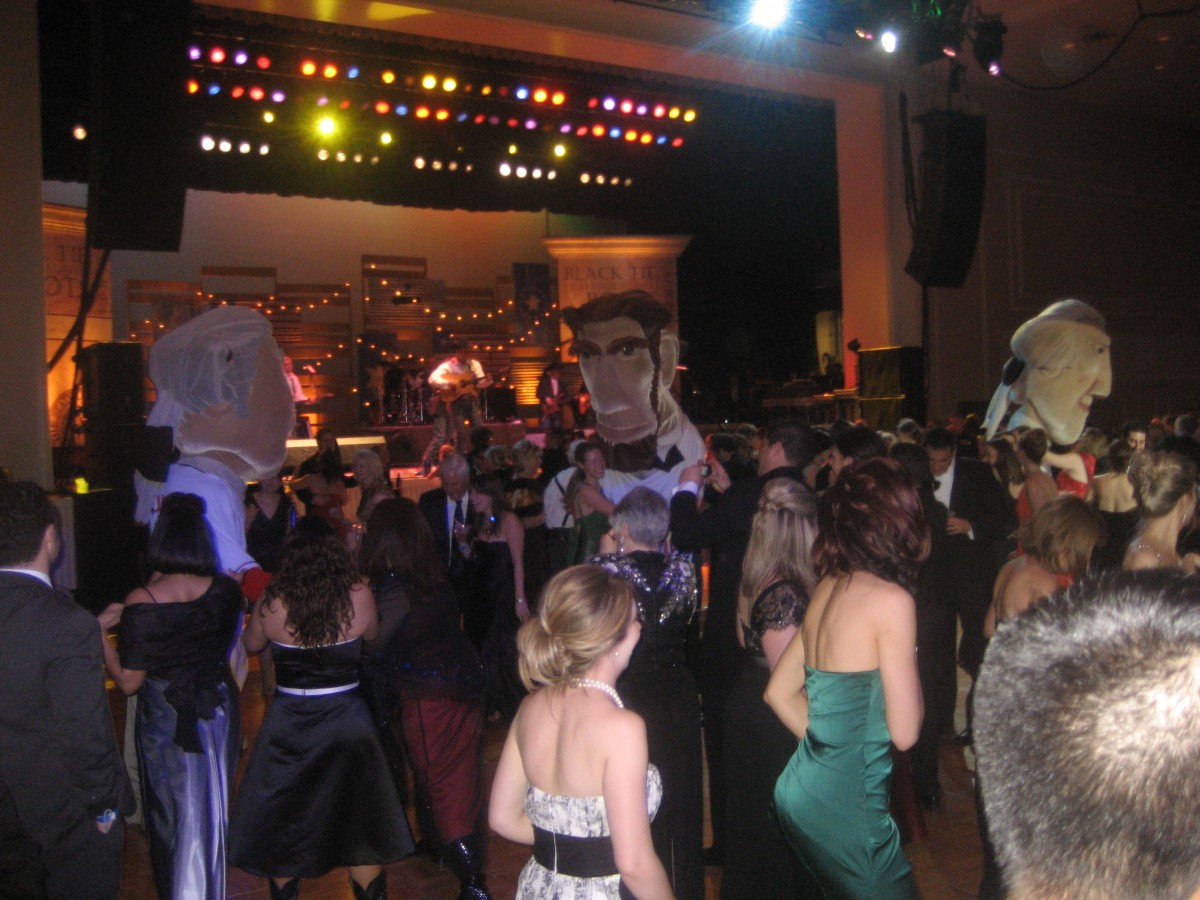 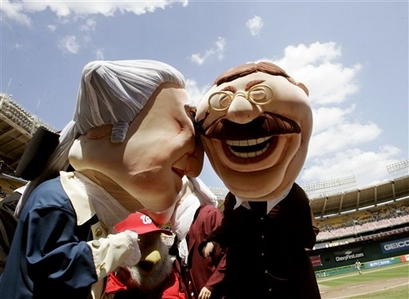 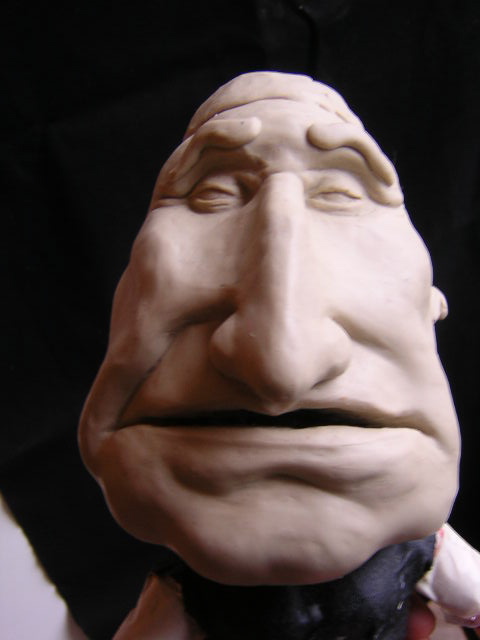 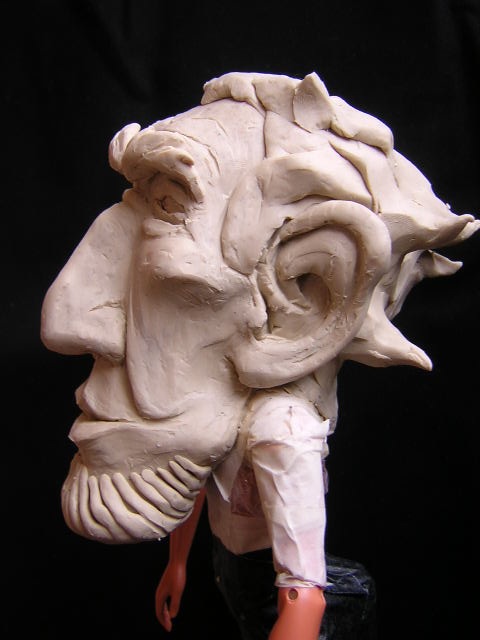 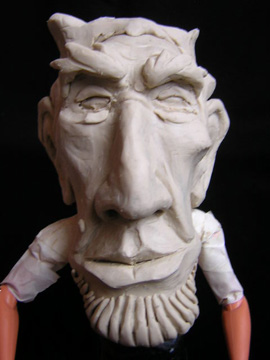 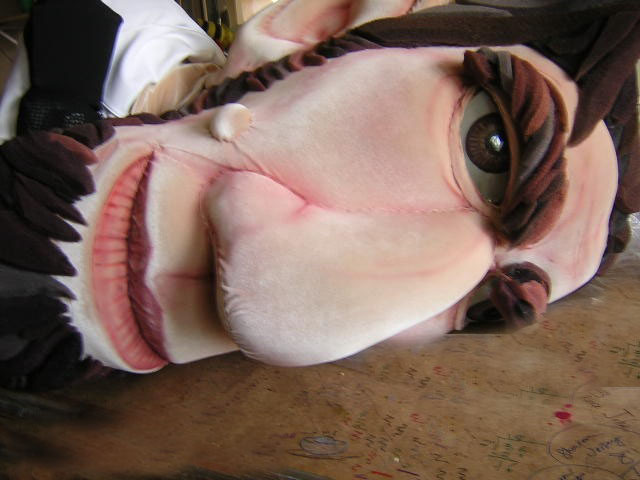 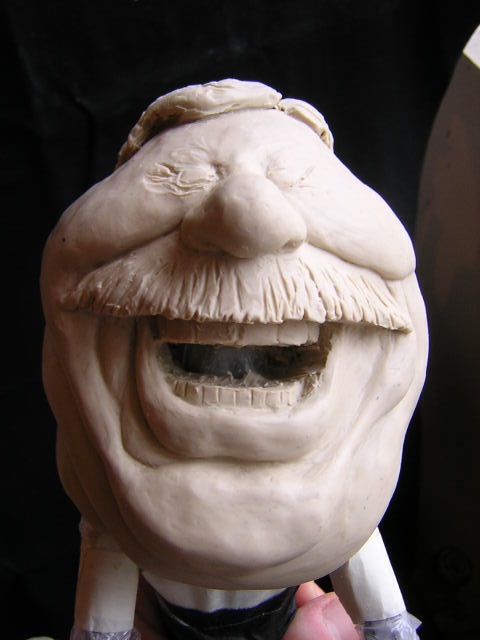 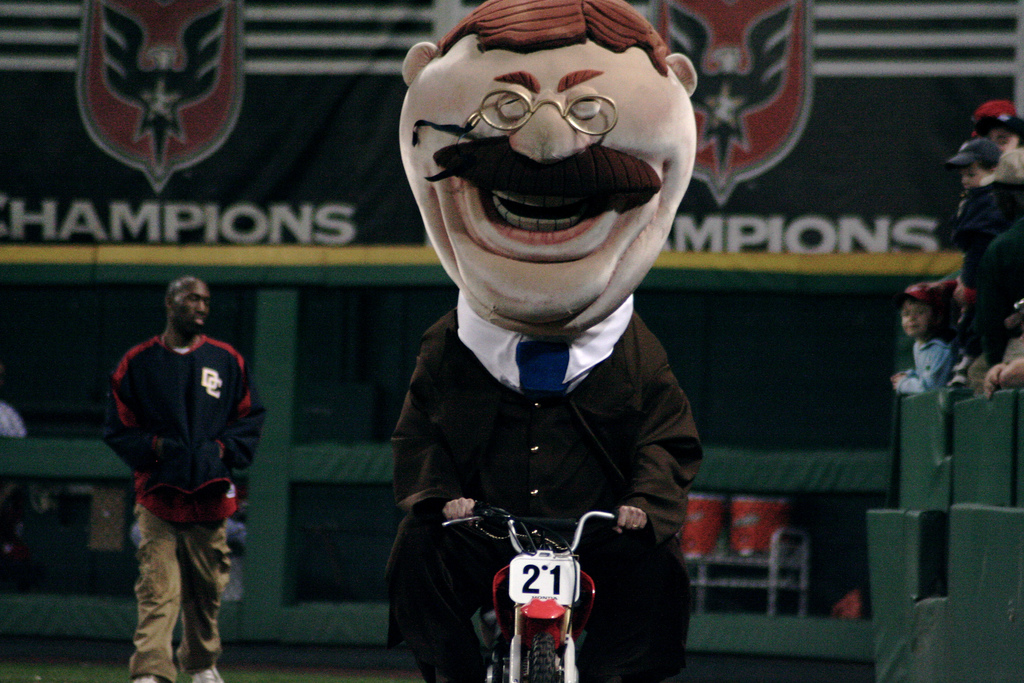 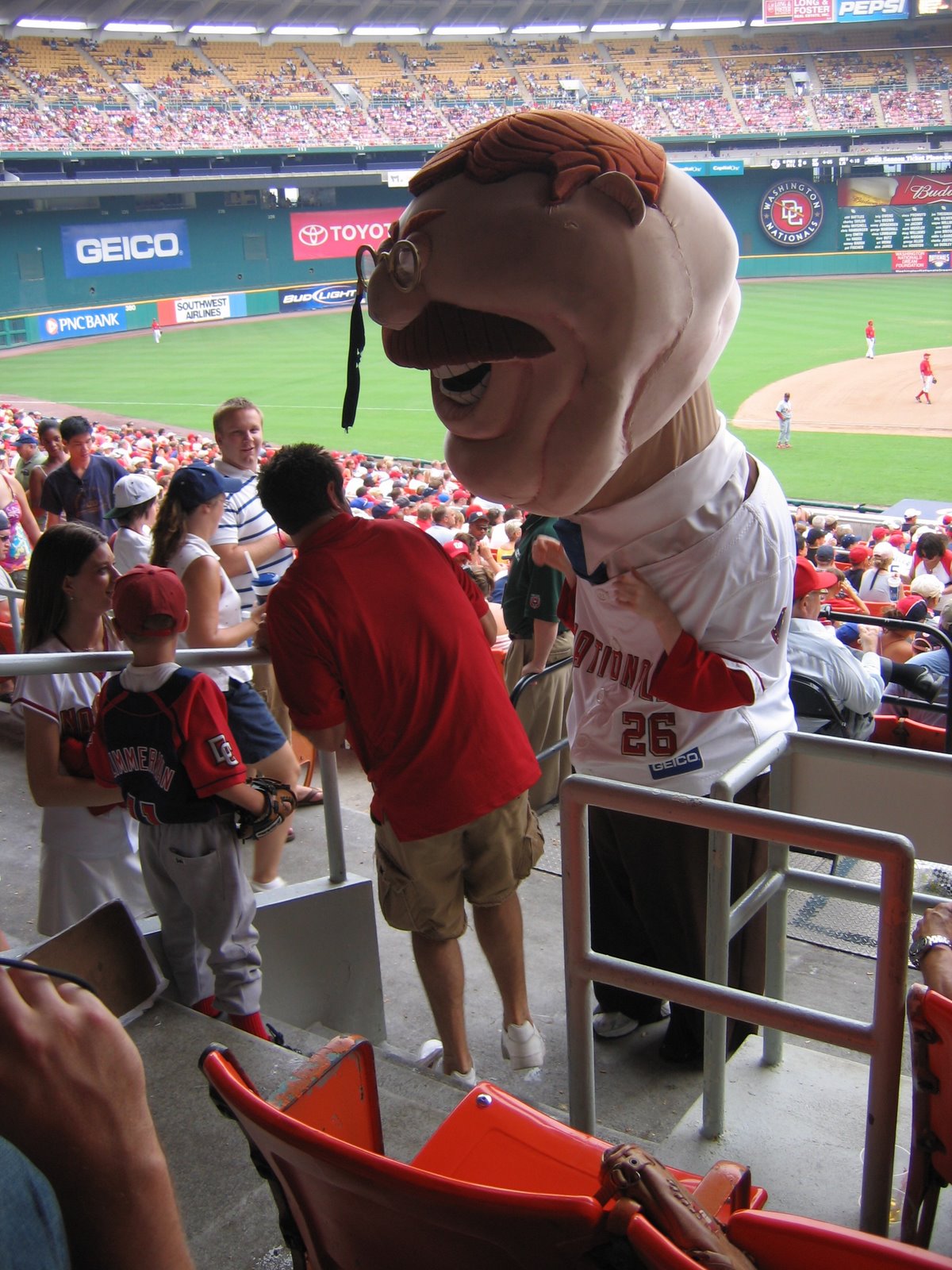 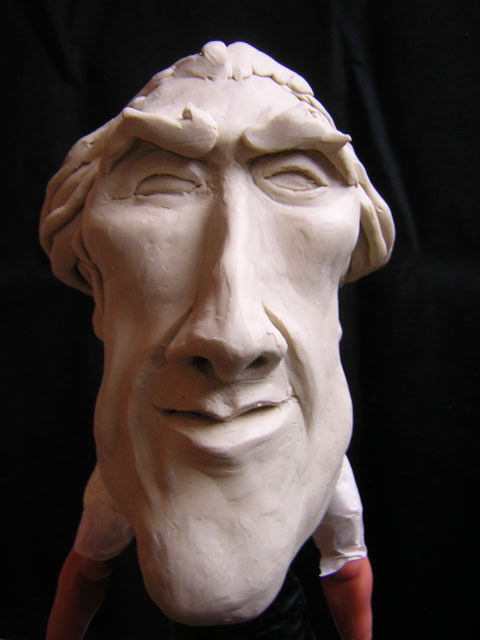 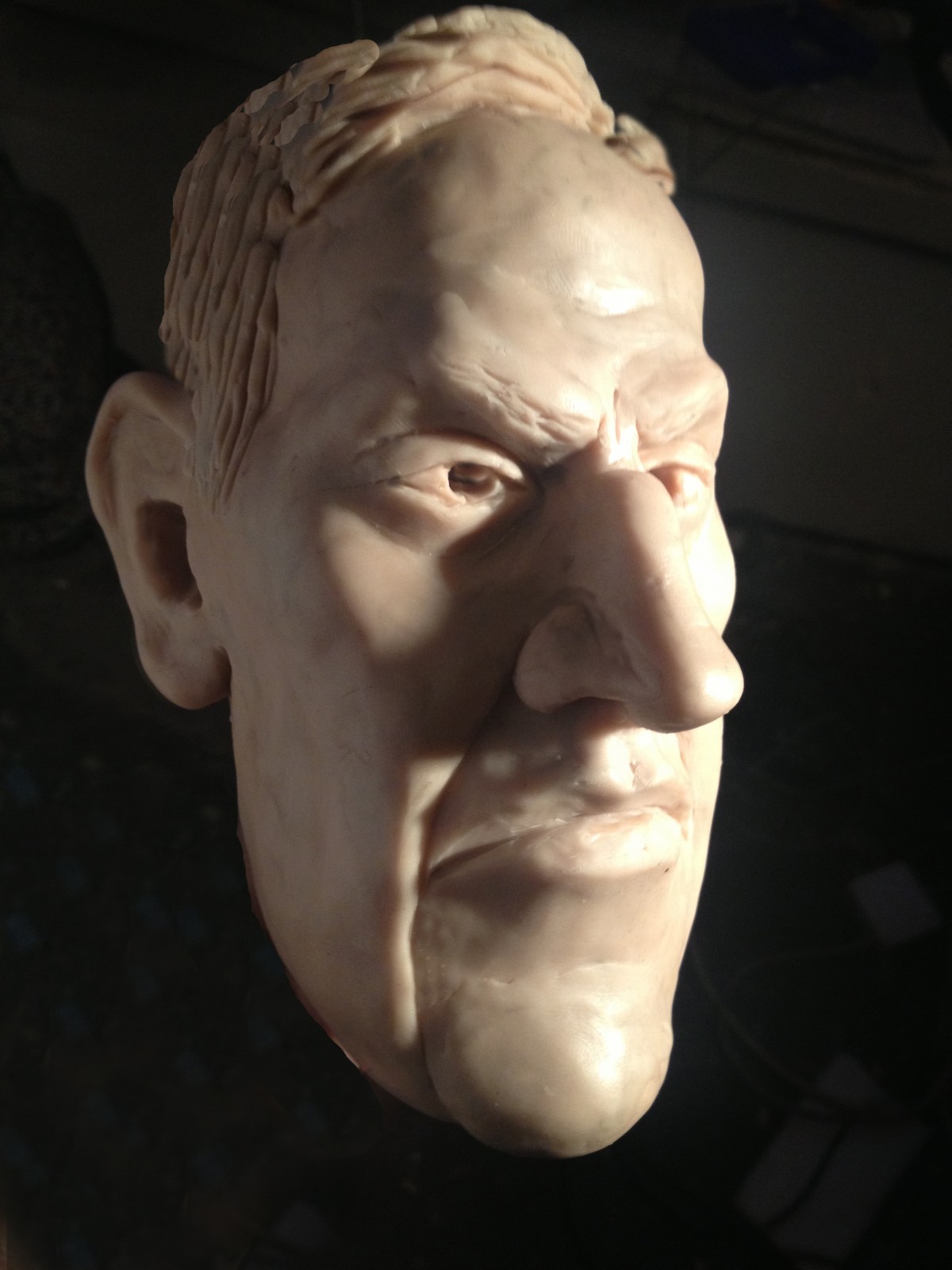 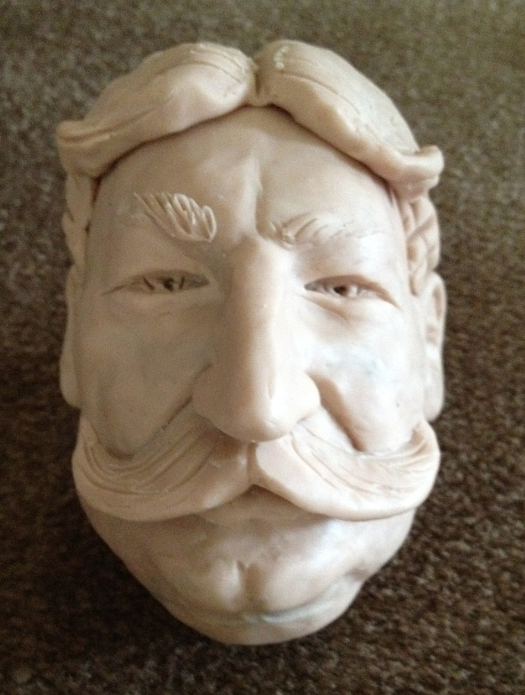 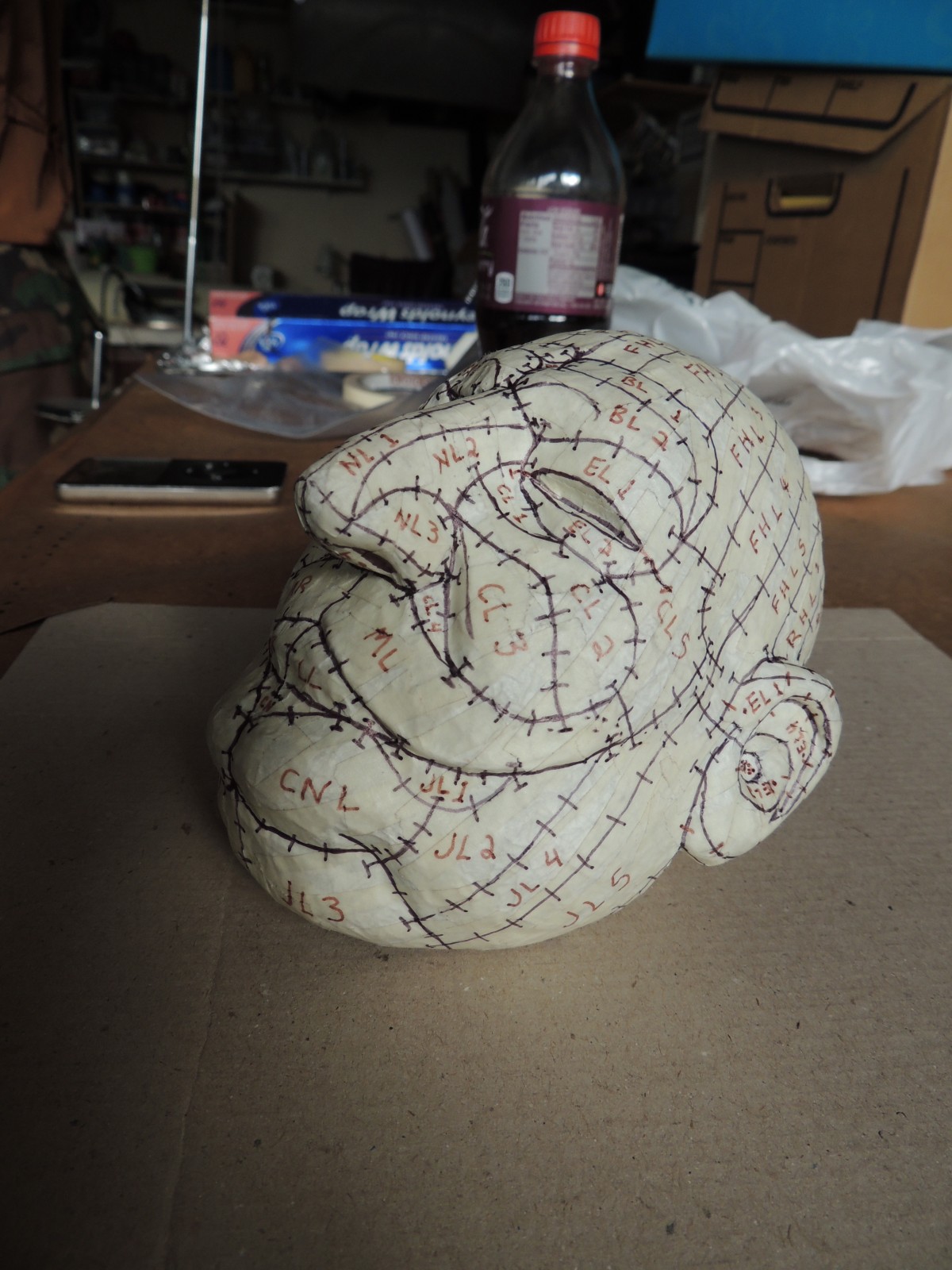 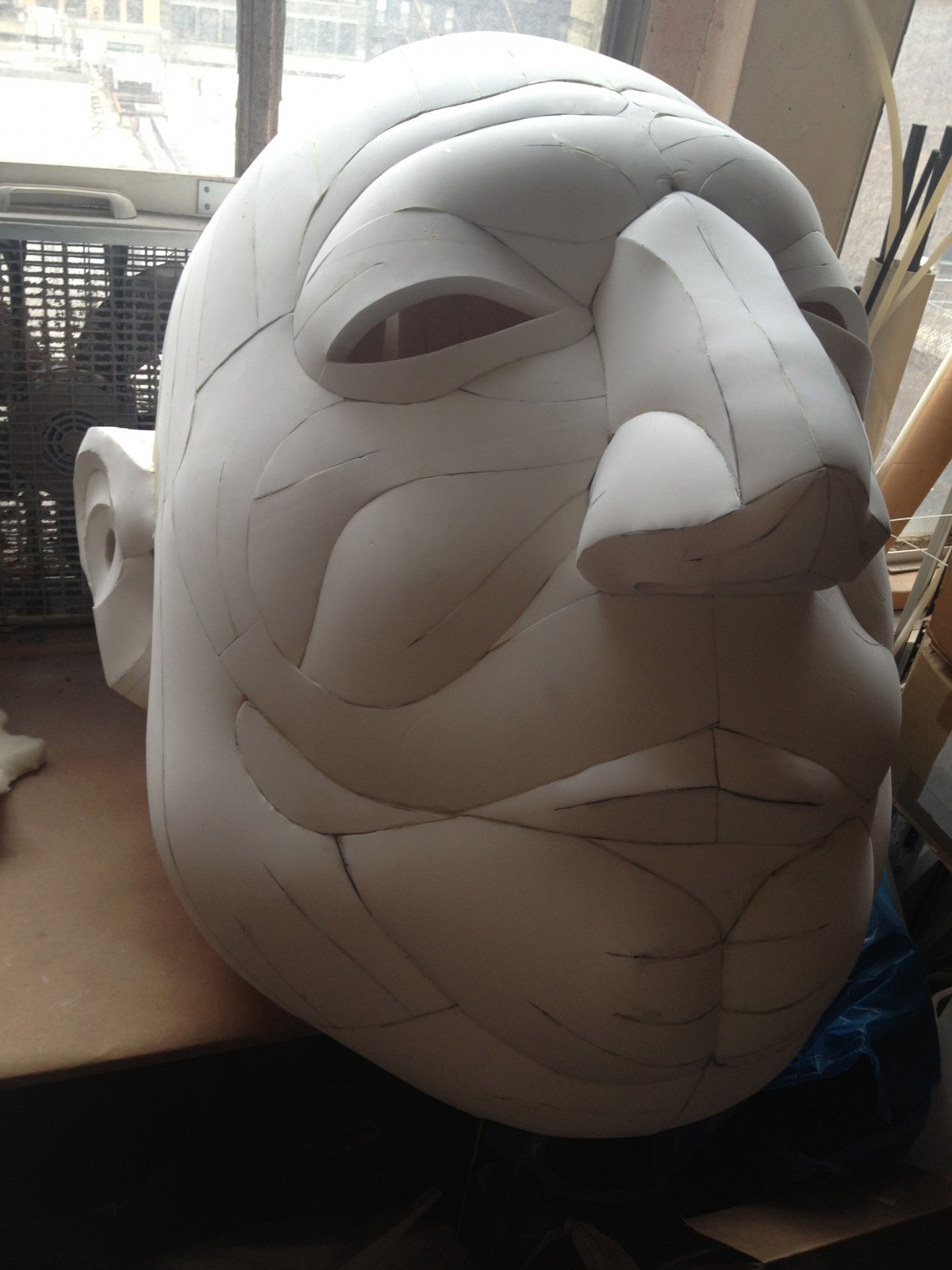 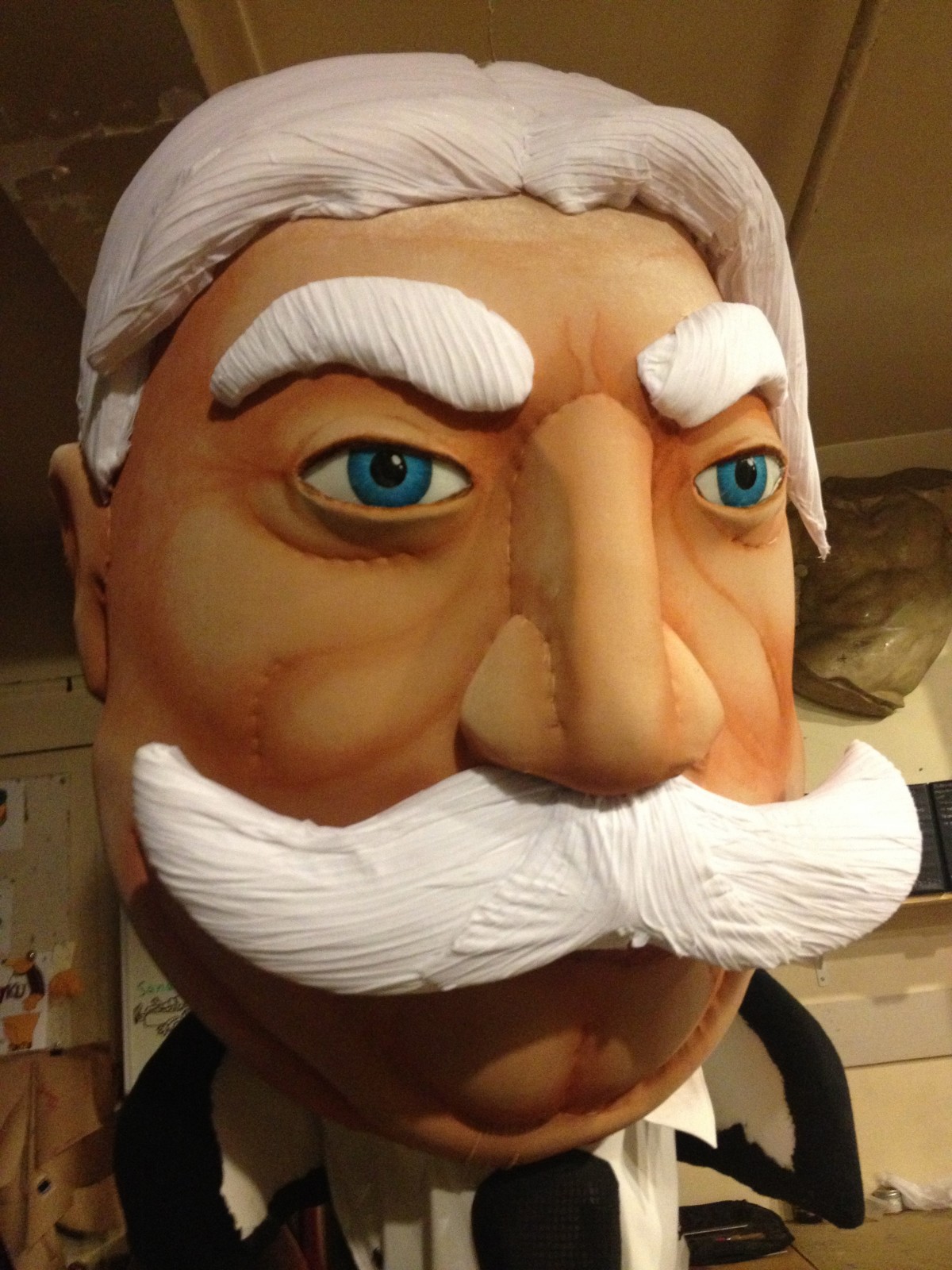 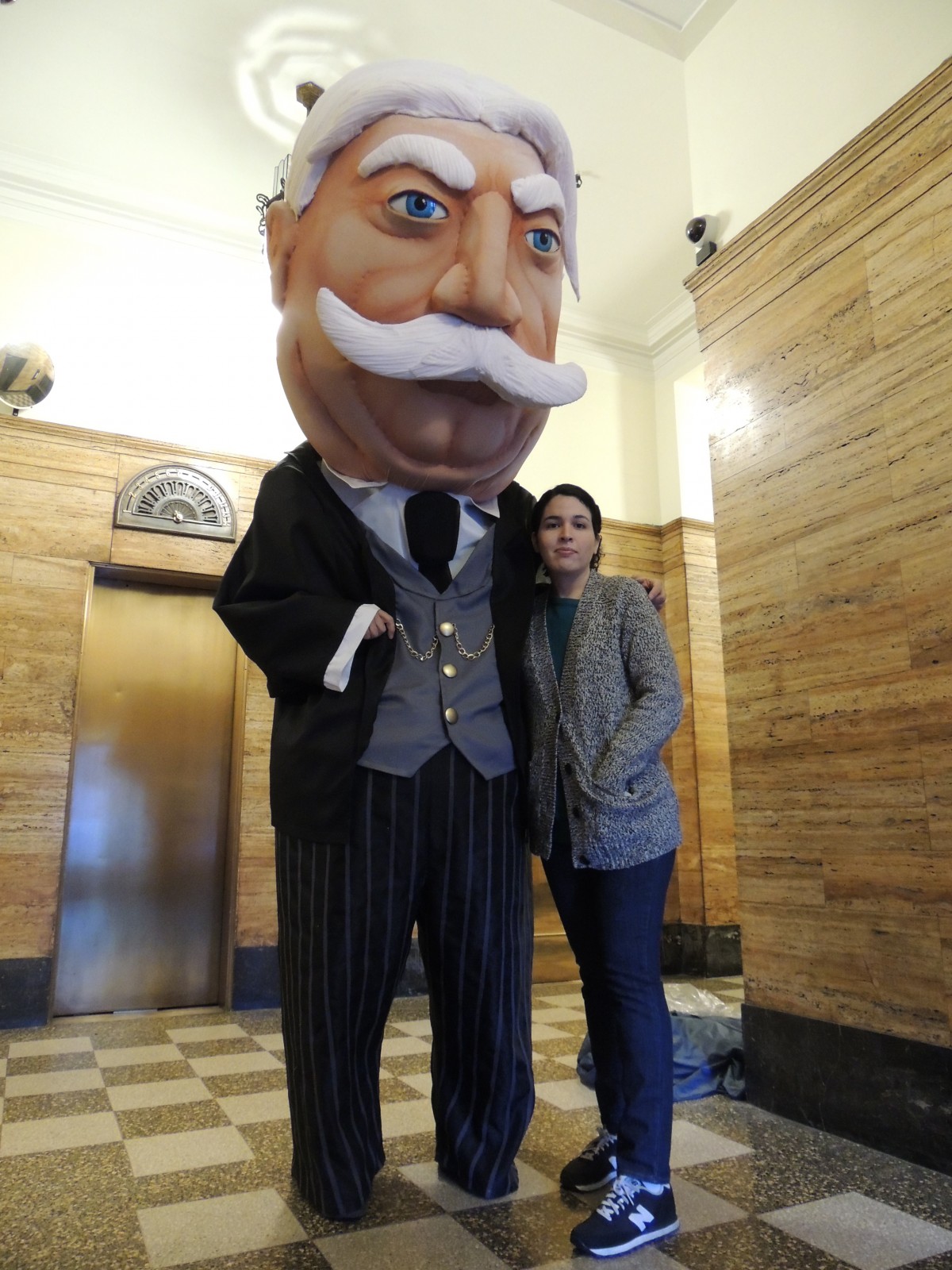 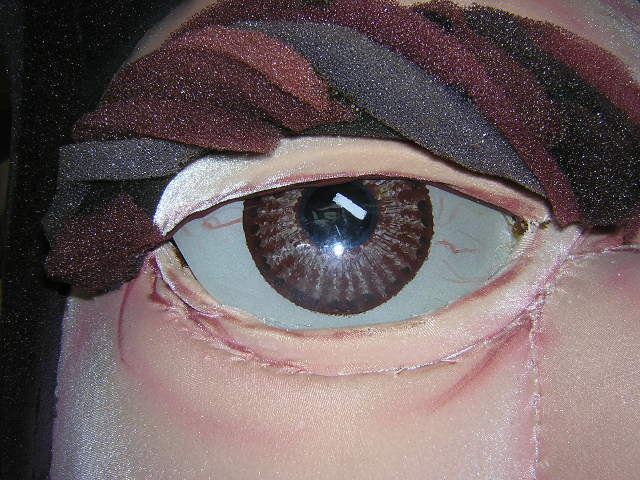 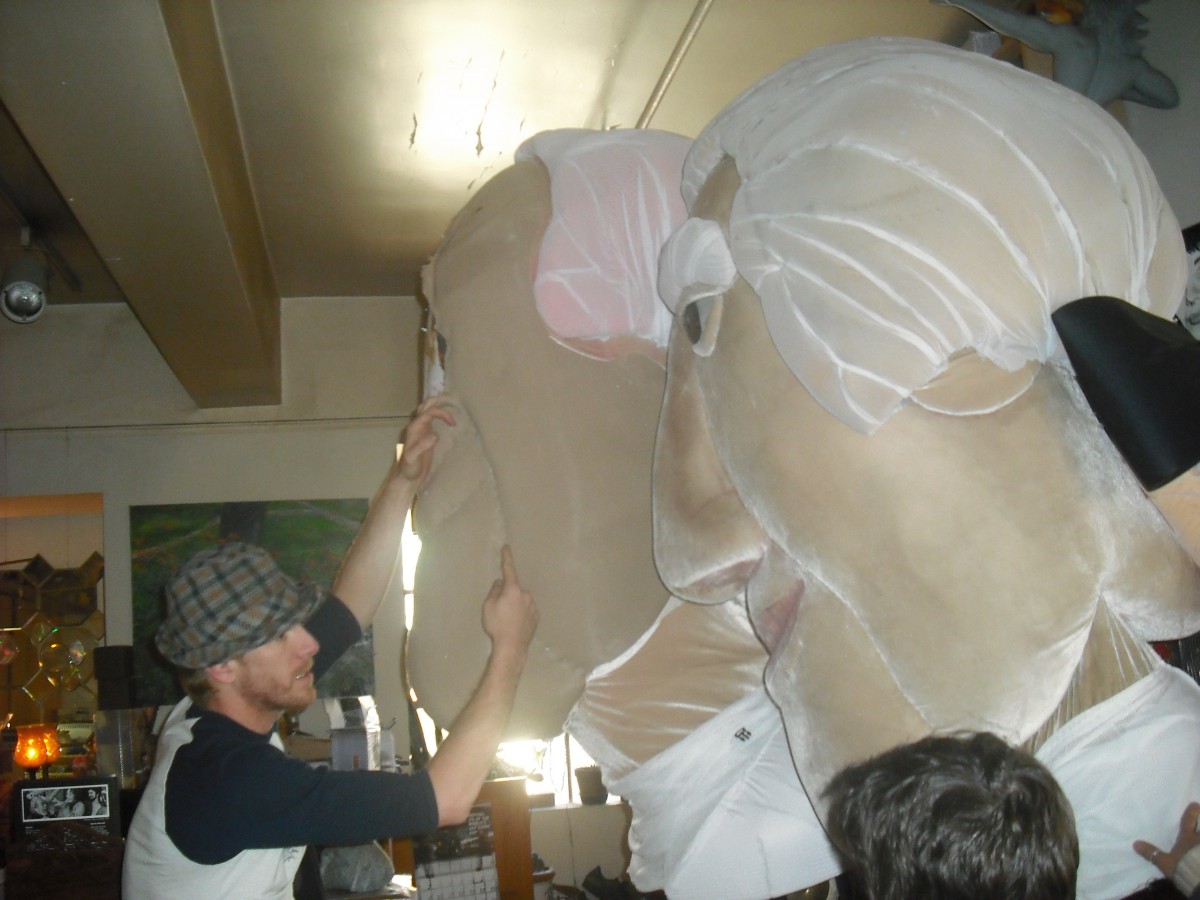 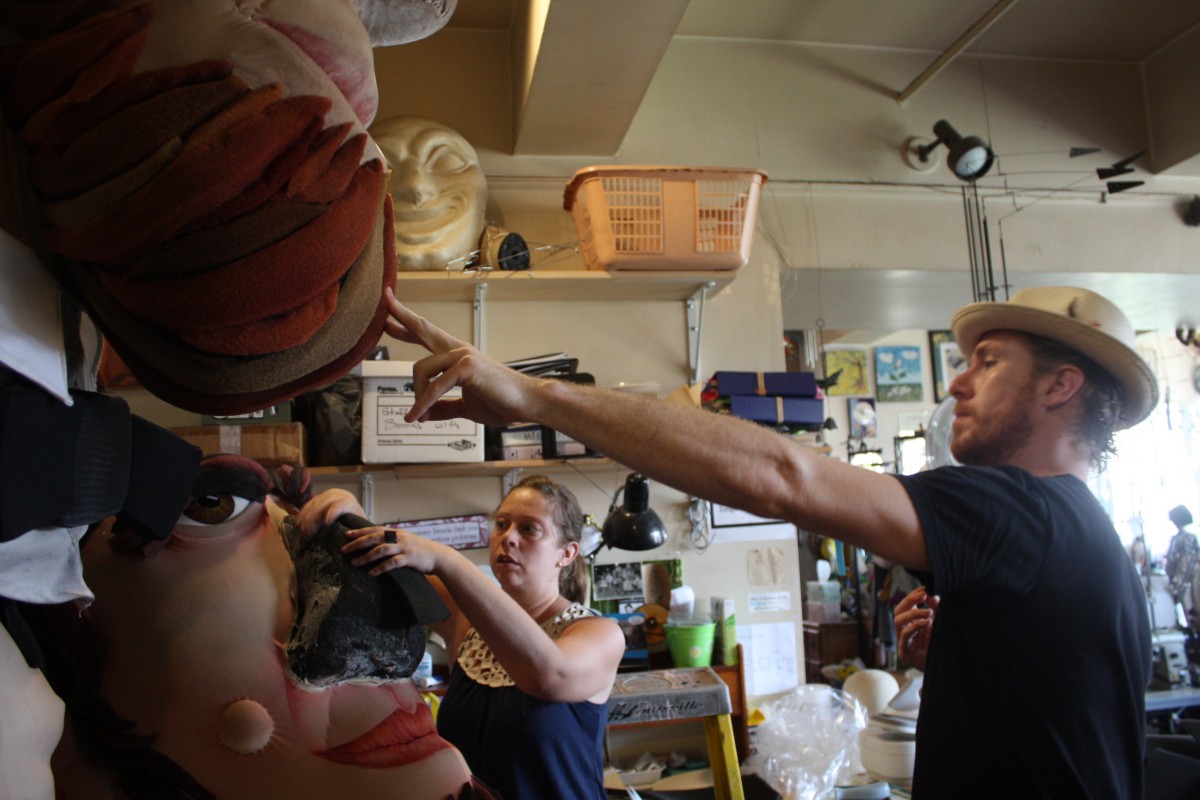