A cross between Fantasia and Charlie Chaplin, Six Characters in Search of a Working Title, which debuted at last year’s Fringe Festival, drew a large rambunctious crowd on its opening night this past Sunday. I had no idea what to expect as I opened an inconspicuous brown bag on my seat and found a small apple pie. I had to fight off the urge to immediately eat the scrumptious morsel, mildly wondering if it might have some important bearing upon the show later.
Suddenly, the front wall lit up, and a zany sitcom opening credit-like sequence started to roll. At the end of the opening video, the cast members fall through the air–just like Alice did into Wonderland–plopping down on the stage in person just as the video finishes. Normally, I find myself a little wary of live theater incorporating video, but Six Characters did it quite seamlessly and innovatively. Each video sequence was edited creatively; each was integral to every scene.
As the play began to progress, the fact that the cast hadn’t yet uttered a complete sentence slowly sunk in. I had been so drawn in by the expressiveness of the choreography that I found myself completely engrossed, laughing at the dialogue-free allegories and stories about human history.
The Mr. Theatre Company, the producers of Six Characters, has an interesting mission statement, which explains the urgency with which the actors draw you into their comedy: “The audience should not be passive but active, immersed in the moment. The actors, designers, and directors should feel safe to experiment with theatrical forms. The company wishes to reacquaint both actor and audience with the lost art of play.”
Six Characters follows its mission statement to the letter as the cast drags you through a madcap romp through history–from primordial soup to the Middle Ages to a James Bond-like spy thriller. The small pastry in my brown bag comes back to haunt the six characters, and turns out to be right on target, given the troupe’s obsession with pies. 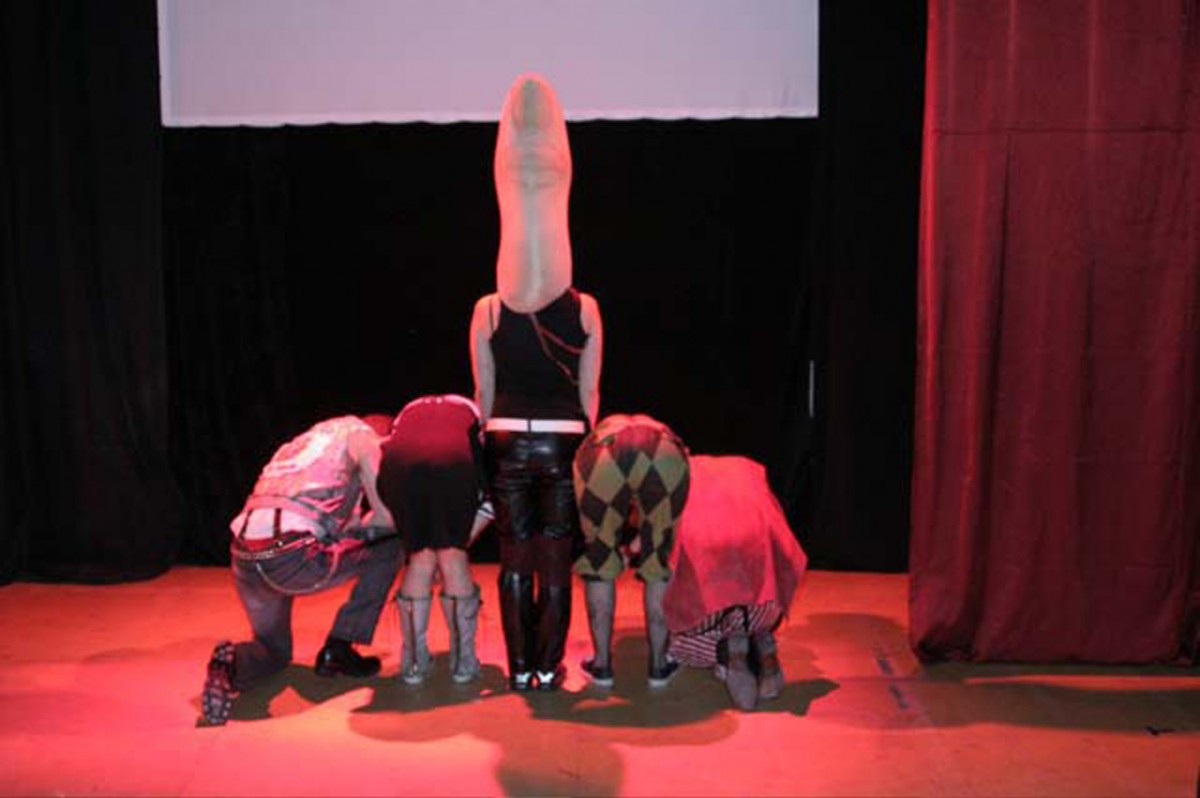 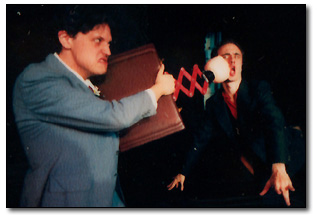 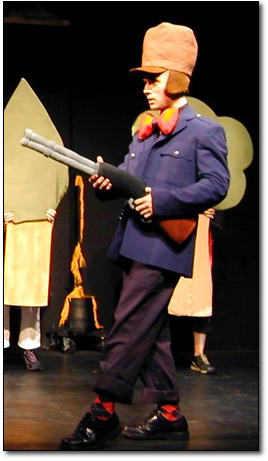 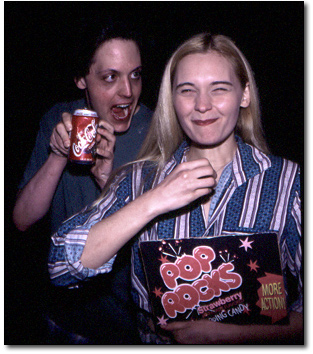