Seattle Premiere (2008)
The musical premiered in an out-of-town tryout at the 5th Avenue Theatre in Seattle. Previews began August 14, 2008, with an opening night of September 10. The tryout ran through September 21, and played to generally favorable reviews, being cited as one of the few movie-to-stage adaptations “with heart”. The principal cast included Brian d’Arcy James as Shrek, Sutton Foster as Princess Fiona, Christopher Sieber as Lord Farquaad, Chester Gregory II as Donkey, John Tartaglia as Pinocchio and Kecia Lewis-Evans as the Dragon.
During previews, “I Could Get Used to This” was replaced by “Don’t Let Me Go,” and “Let Her In” became “Make a Move”. Also during previews, a brief reprise of “Who I’d Be” was sung after Shrek overhears Fiona’s misleading comment about being with a hideous beast, which led into “Build a Wall”. This was cut and “Build a Wall” was placed after “Morning Person (Reprise)”. “Build a Wall” was later cut during previews, but re-instated towards the end of the run.
Broadway Production (2008-10)
After extensive changes were made, the show began previews on Broadway at The Broadway Theatre on November 8, 2008, with the official opening on December 14. The cast included d’Arcy James as Shrek, Foster as Fiona, Sieber as Farquaad and Tartaglia as Pinocchio. Daniel Breaker took over the role of Donkey, as the creative team thought Chester Gregory II did not fit the part. The Dragon was voiced by company members Haven Burton, Aymee Garcia and Rachel Stern, instead of a soloist. Kecia Lewis-Evans, who played Dragon in Seattle, was offered a part in the show’s ensemble but declined. Ben Crawford was the standby for Shrek, until he replaced d’Arcy James for the final months of performances.
Other changes the creative team made included the deletion of three songs: “The Line-Up”, “More to the Story” and “I Smell a Happy Ending”. “Story of My Life”, “Build a Wall” and “This is Our Story” were added in their respective places. “Who I’d Be” changed from being a solo for Shrek, to a trio with Fiona and Donkey joining him towards the end.
The song “I’m a Believer”, which was originally played as the audience left the theatre, was added to the score on October 2, 2009, and sung by the entire company at the end of the performance.
The Broadway production of the show received a total of twelve Drama Desk Award and eight Tony Award nominations, including Best Musical and acting awards for d’Arcy James, Foster and Sieber. The show won the Drama Desk Award for Outstanding Actor in a Musical for d’Arcy James, the Drama Desk Award for Outstanding Set Design and Costume Design for Tim Hatley, as well as the Tony Award for Best Costume Design for Hatley again. At the Tony Awards, the entire cast performed a section of “Freak Flag” for the opening number medley; later on, James, Sutton and Breaker introduced Sieber and company, who performed “What’s Up Duloc?”. The cast recording of the show was nominated for the Grammy Award for Best Musical Show Album. The cast performed “I’m a Believer” at the Thanksgiving Day Parade 2009.
The Broadway production closed on January 3, 2010, after 441 performances and 37 previews. At the time, it was one of the most expensive musicals to open on Broadway, at an estimated $25 million, and despite generally good reviews, it failed to recoup its initial investment. The show was then extremely modified for the national tour.
US National Tour (2010-11)
A national tour of North America began previews at the Cadillac Palace Theatre in Chicago, on July 13, 2010, with opening night on July 25. Rob Ashford is the co-director, as the Broadway creative team revised changes. The production marked the debut of an all-new Dragon. On the subject, set designer Tim Hatley stated “The biggest change will be the dragon. It will be a different creature from the puppet/soul trio on Broadway but I think we’ve finally gotten it right”. The tour also features a new opening, new songs and improved illusions, from those on Broadway.
Many changes made for the tour include a new song sung by the dragon entitled “Forever”, replacing “Donkey Pot Pie”. Dragon is also voiced off-stage by a single vocalist, with four puppeteers controlling the movements of the new 25-foot puppet. The song would feature in all subsequent productions. Sets and props were re-designed to fit the tour, and certain music/lyrics and tempo’s were re-written and re-defined. Also, to fit the revised storyline, “What’s Up Duloc?” is placed before “I Know It’s Today”. The Magic Mirror was also cut.
The original touring cast featured Eric Petersen as Shrek, Haven Burton as Princess Fiona and Alan Mingo, Jr. as Donkey. Carrie Compere plays the Dragon, with Blakely Slaybaugh as Pinocchio. The role of Lord Farquaad was first played by Todd Buonopane, however, an unexplained departure from Buonopane lead David F.M. Vaughn, who was playing the Big Bad Wolf at the time and was first understudy for Farquaad, to assume the lead role. No explanation was given of Buonopane’s departure. Petersen, Burton and Vaughn all understudied their roles on Broadway.
The tour played its final performance at the Pantages Theatre in Los Angeles on July 31, 2011, ahead of a non-equity tour in September. 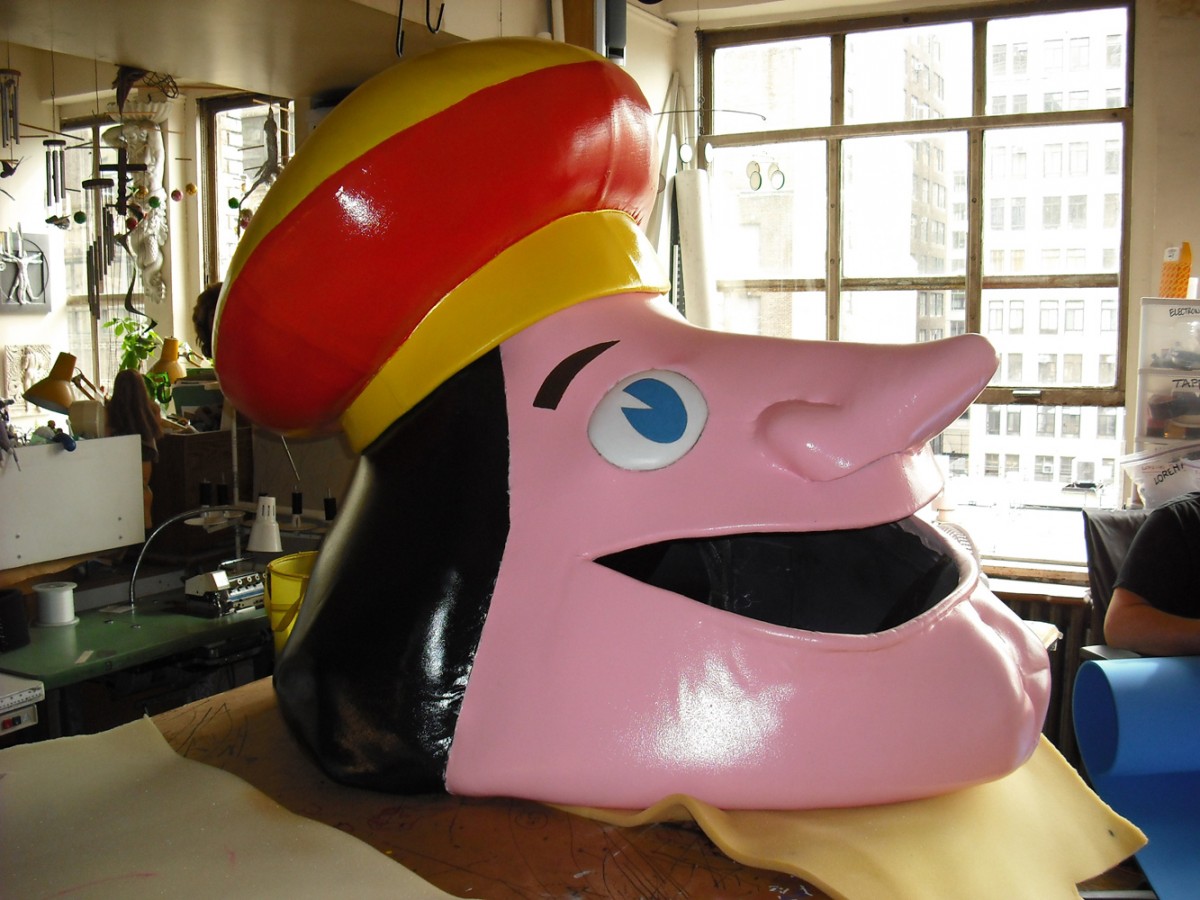 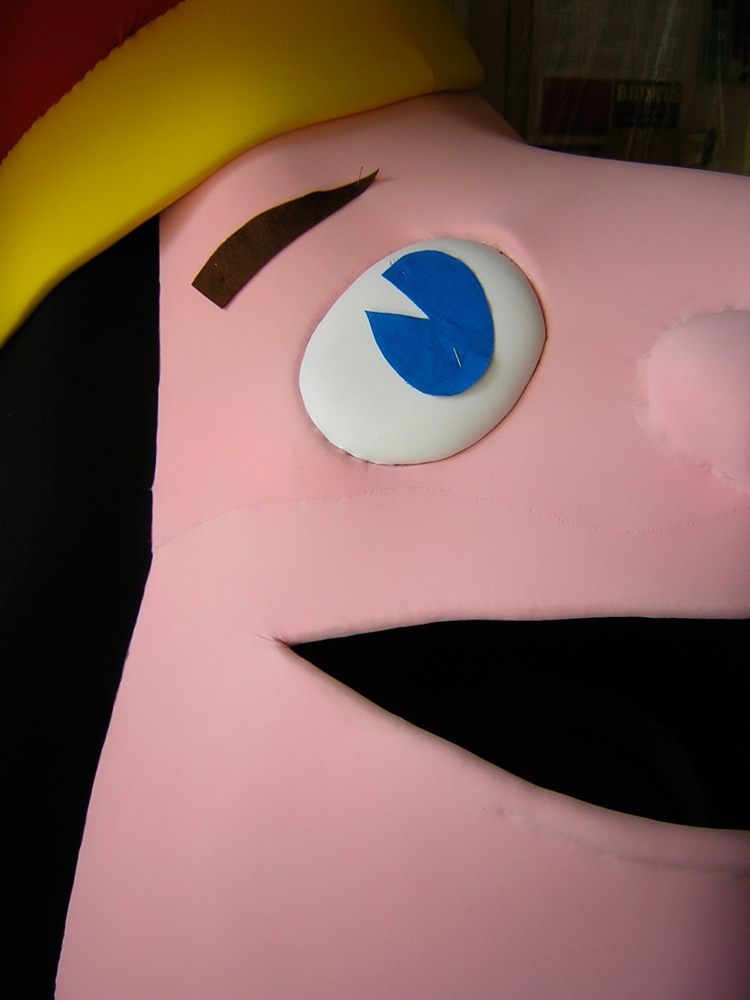 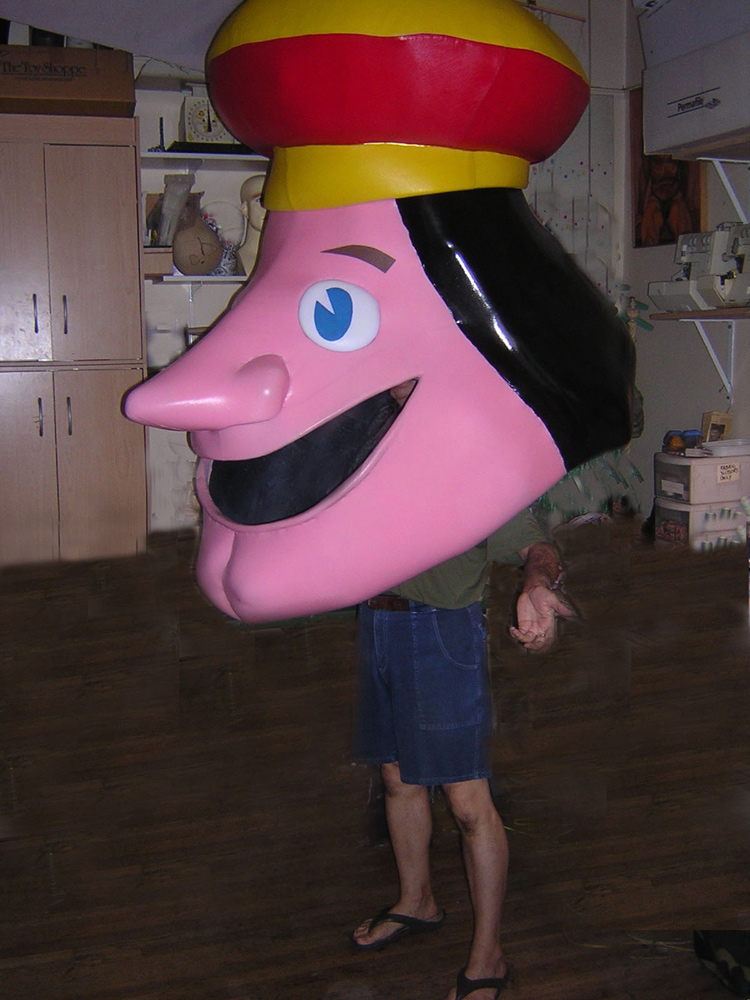 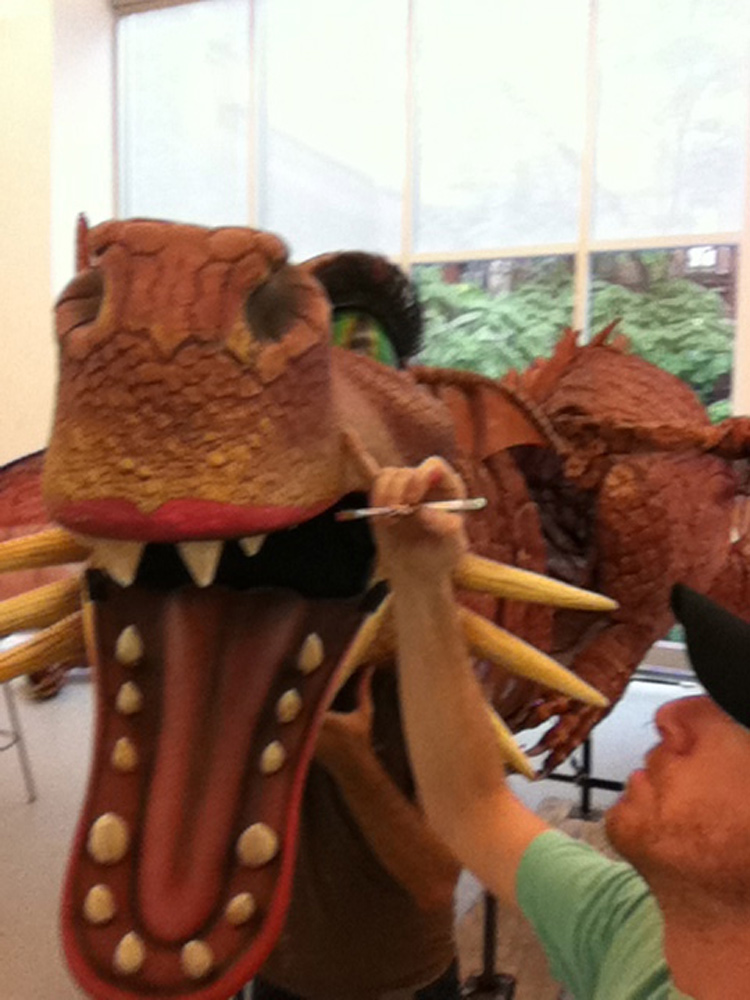 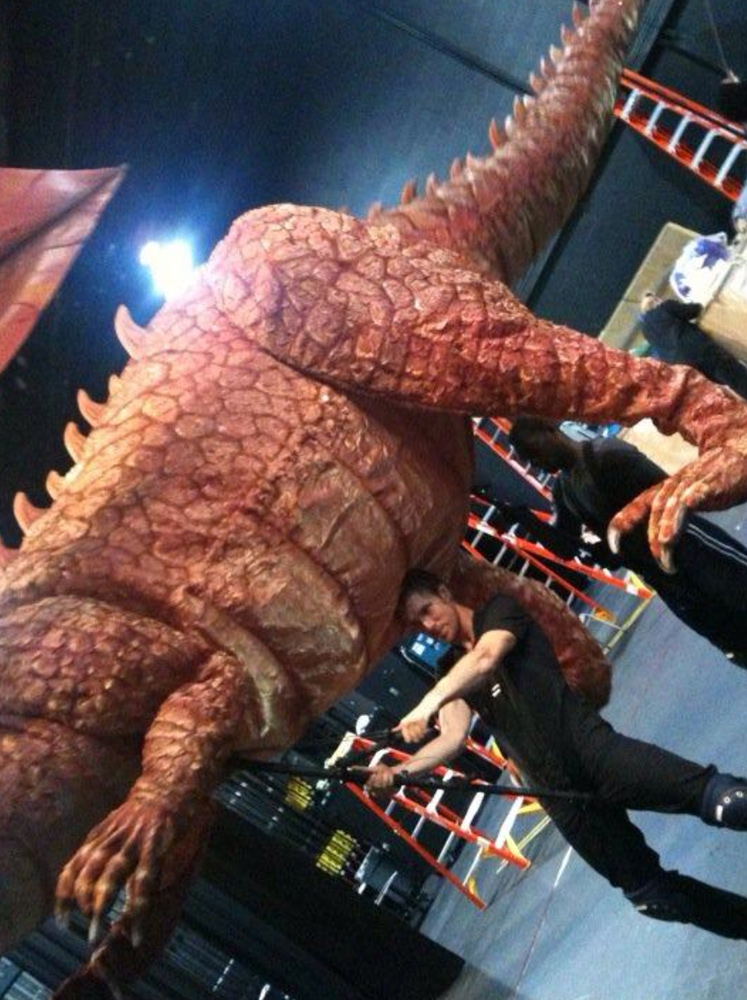 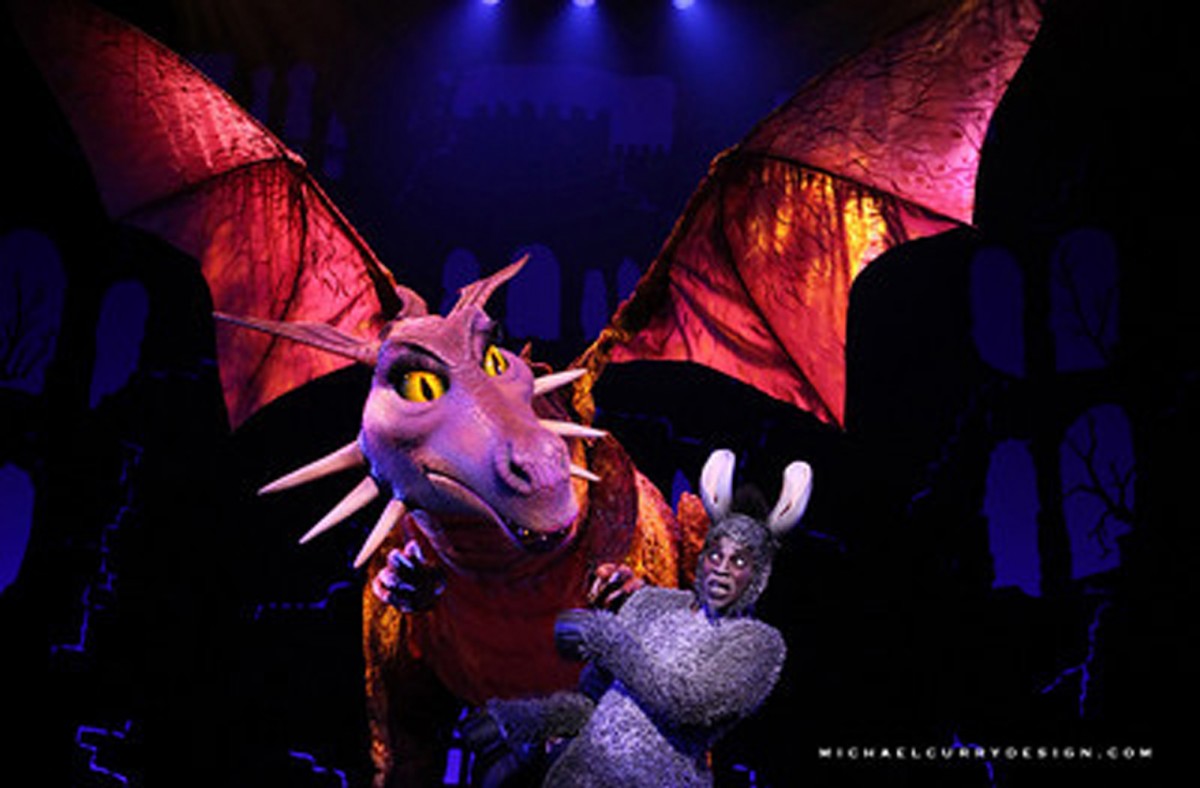