The Phillie Phanatic is the official mascot of the Philadelphia Phillies

During the winter after the 1977 season, Dennis Lehman, who thought that the team needed a mascot similar to San Diego‘s Famous Chicken created the Phanatic with help from Harrison/Erickson of New York City (now known as Acme Mascots), which had ties with Jim Henson‘s Muppets, and the team’s marketing and promotions department. Instead of a number on the back of his jersey, he wears a star. The character was named for the fanatical fans of the team.

According to current owner and former team vice president Bill Giles, the Phanatic was created to attract more families to the Phillies home, Veterans Stadium.[3]

The Phanatic replaced “Philadelphia Phil” and “Philadelphia Phillis”, a pair of siblings dressed in 18th-century garb to invoke the city’s revolutionary spirit from 1776. The pair were in the team logo from 1976 through 1978, and were part of the team’s “Home Run Spectacular” at The Vet from 1971 through 1979. They reappeared with their replacement as the Phillies celebrated their final year at Veterans Stadium in 2003, including opening day and the final game.[4]

The Phanatic debuted on April 25, 1978, at The Vet, when the Phils played the Chicago Cubs. He was formally introduced to the public on the locally-produced children’s show “Captain Noah and His Magical Ark” by then-Phillies player Tim McCarver, who was doing promotional work for the team.

James Vogel worked with Randy Carfagno from 2000 to 2005 making the Philly Phanatic and his accessories. 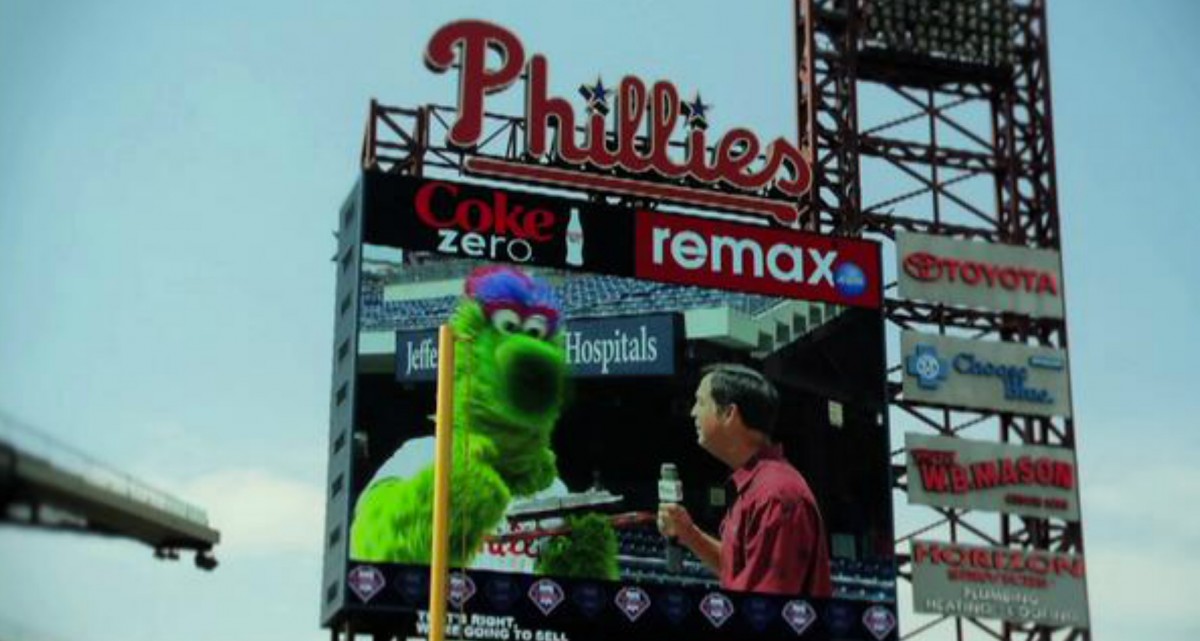 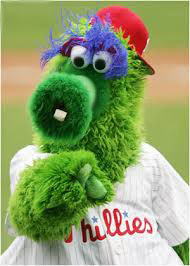 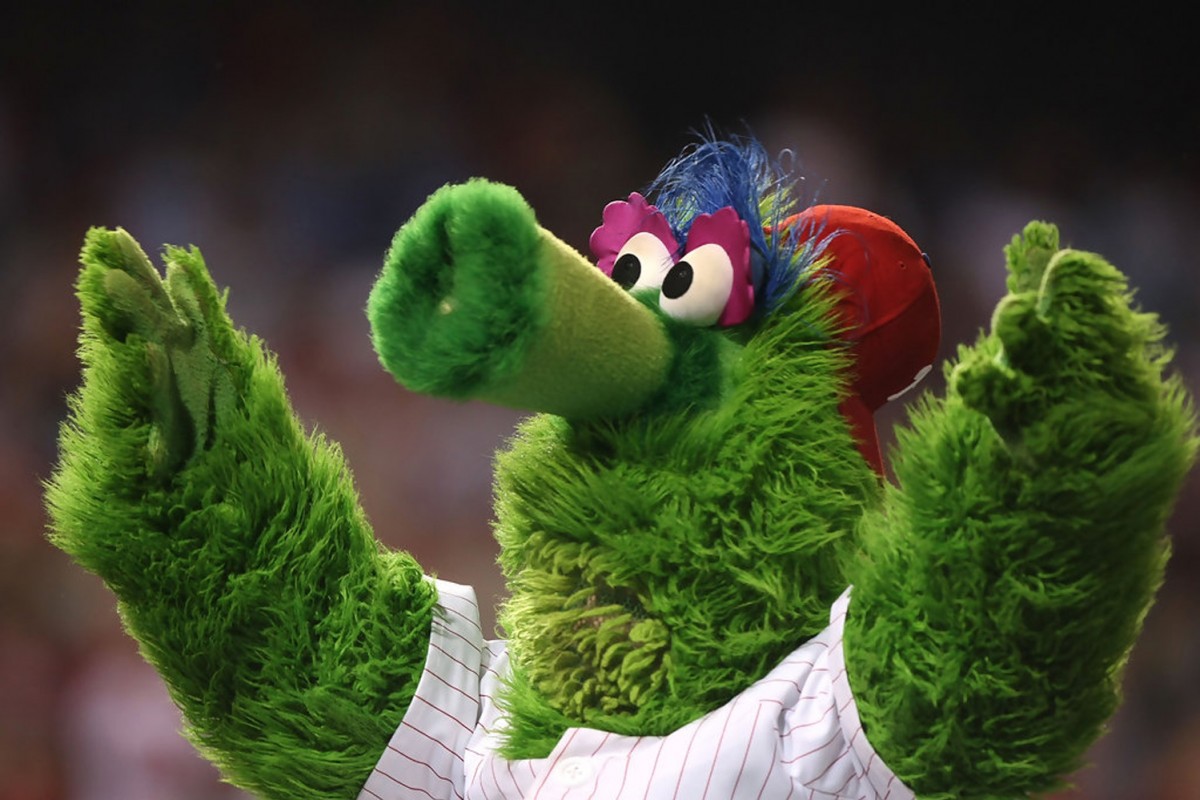 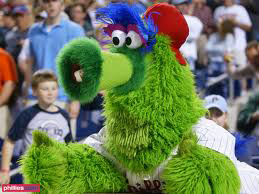