Jumpers is a play by Tom Stoppard which was first performed in 1972. It explores and satirises the field of academic philosophy, likening it to a less-than skilful competitive gymnastics display. Jumpers raises questions such as “What do we know?” and “Where do values come from?” It is set in an alternative reality where some British astronauts have landed on the moon and “Radical Liberals” (read pragmatists and relativists) have taken over the British government (the play seems to suggest that pragmatists and relativists would be immoral (Archie says that murder is not wrong, merely “antisocial”)). It was inspired by the notion that a manned moon landing would ruin the moon as a poetic trope and possibly lead to a collapse of moral values.
The play was first performed by the National Theatre Company at the Old Vic Theatre, London on 2 February 1972 with Michael Hordern and Diana Rigg in the leading roles of George and Dorothy. Peter Wood directed the original production and Carl Toms designed its sets and costumes.
The play premiered on Broadway on April 22, 1974 at the Billy Rose Theatre and closed on June 1, 1974 after 48 performances. Directed again by Peter Wood, it featured Brian Bedford and Jill Clayburgh. Bedford won the Drama Desk Award, Outstanding Performance.
A revival directed for the Royal National Theatre by David Leveaux opened in London’s Lyttelton Theatre on June 19, 2003[1] and transferred to Broadway on April 25, 2004 at the Brooks Atkinson Theatre and closed on July 11, 2004 after 89 performances and 23 previews. The Broadway show featured Simon Russell Beale and Essie Davis. The play received a Tony Award nomination for Best play revival. 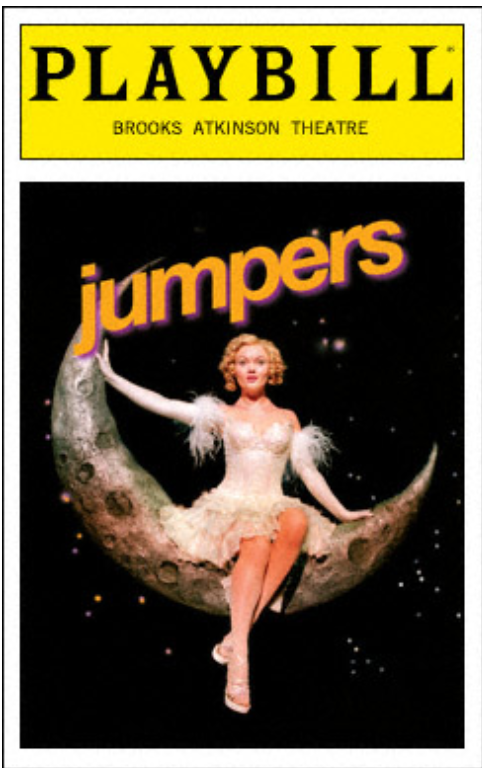 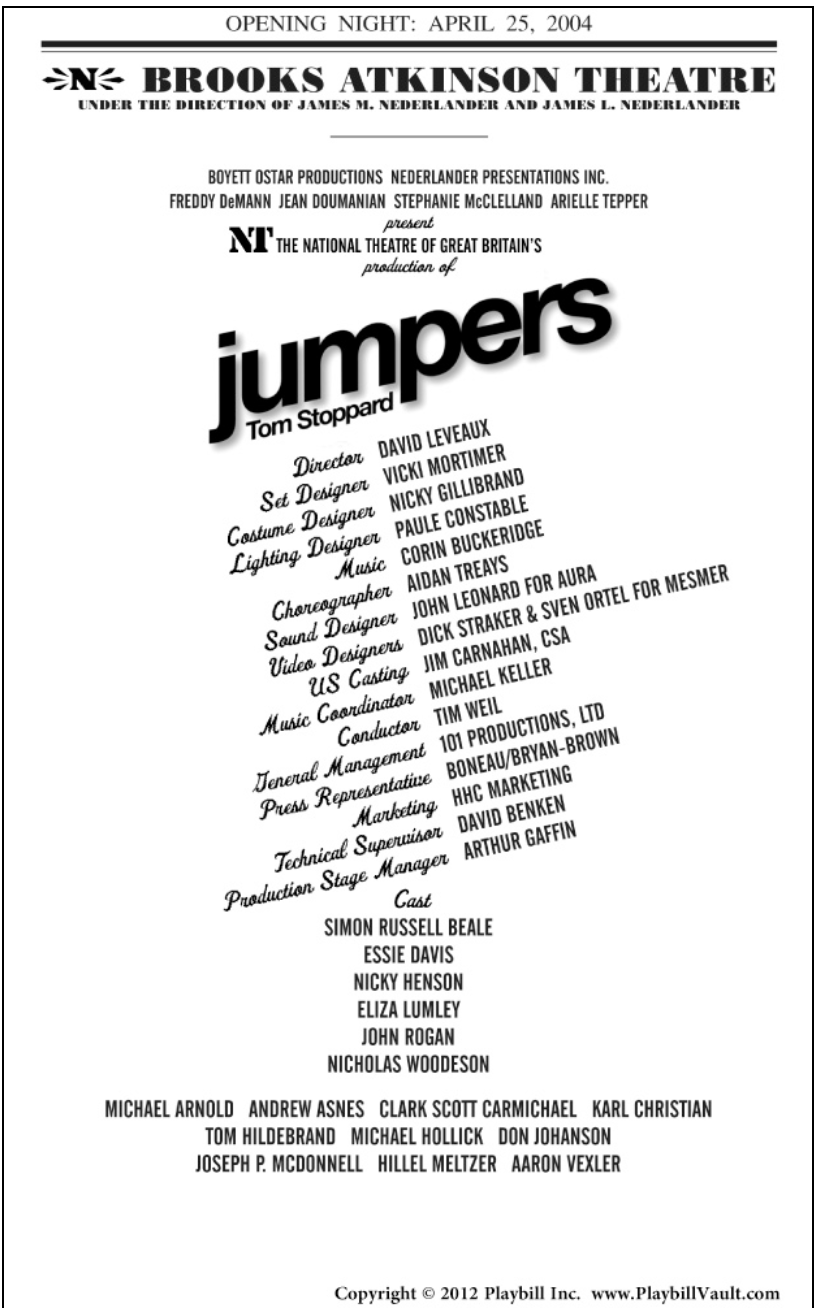 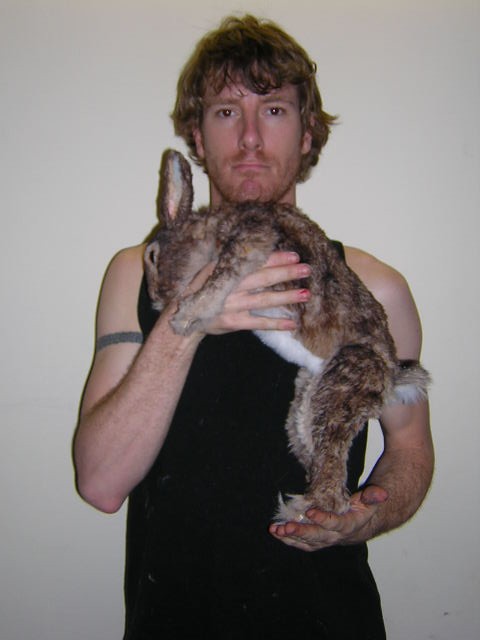