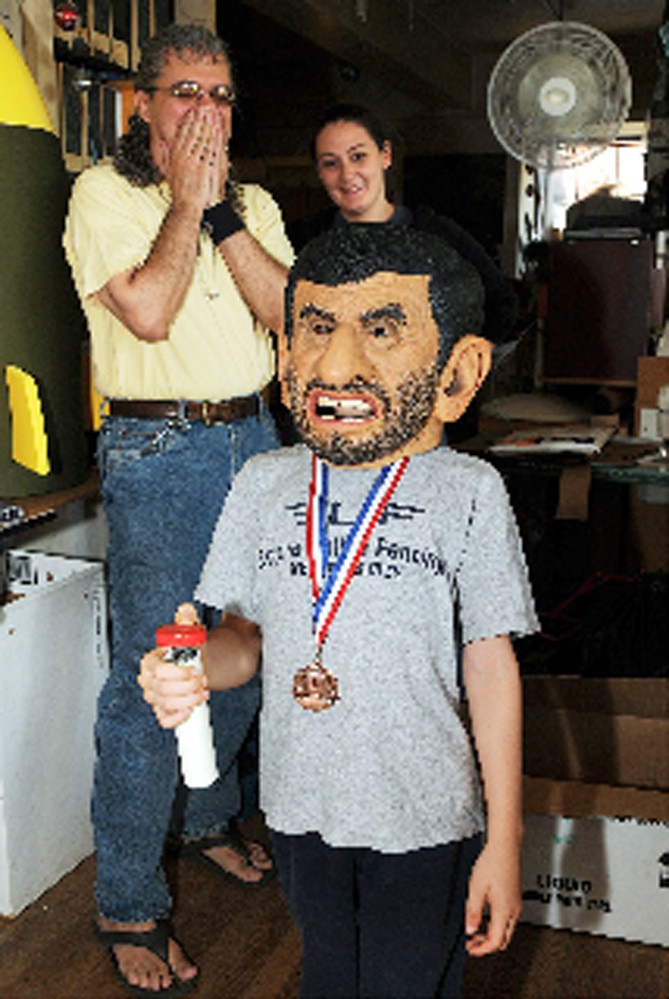 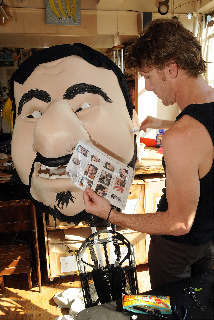 Ever wonder what goes through the Iranian president’s mind when he visits NYC each September? Last year, did he see all those billboards calling him out for human rights violations? The ones that were on the side of trucks, driving through the city streets?

No? Well, if he missed that, there have been plenty more protests this year to greet Ahmadinejad, who is back in town to address the United Nations General Assembly. His appearance this afternoon came just weeks after the International Atomic Energy Agency, the U.N.’s nuclear watchdog, reported that Iran was making it impossible to confirm the peaceful nature of its nuclear program.

United Against Nuclear Iran (UANI)—the organization that recently brought Times Square the giant, not entirely subtle anti-Ahmadinejad billboard (message: “He’s Not Welcome Here”)— is rallying at the Hilton Manhattan East Hotel, which is hosting the dignitary of questionable dignity.

Outside the U.N., meanwhile, demonstrators called him a murderer, and earlier today, protestors with Iran 180 staged a mock trial.

Oh, and it wouldn’t be complete without the oversized Ahmadinejad bobble-head mascot, running all over town.

WHY SETTLE FOR ONE MAHMOUD AHMADINEJAD when you can have two? A political movement-met-street theater in New York this week with not one, but two impersonators of the Iranian president.

The two “presidents” satirized the Iranian leader as part of Iran180, a campaign advocating for the Iranian government to do “a 180? on human rights and nuclear policy.

The group’s been staging street events and protest theater as a way to say “yes to human rights, no to nuclear rights.” Here’s a video of the group’s protest outside the Iranian U.N. Mission in New York on February 14th: 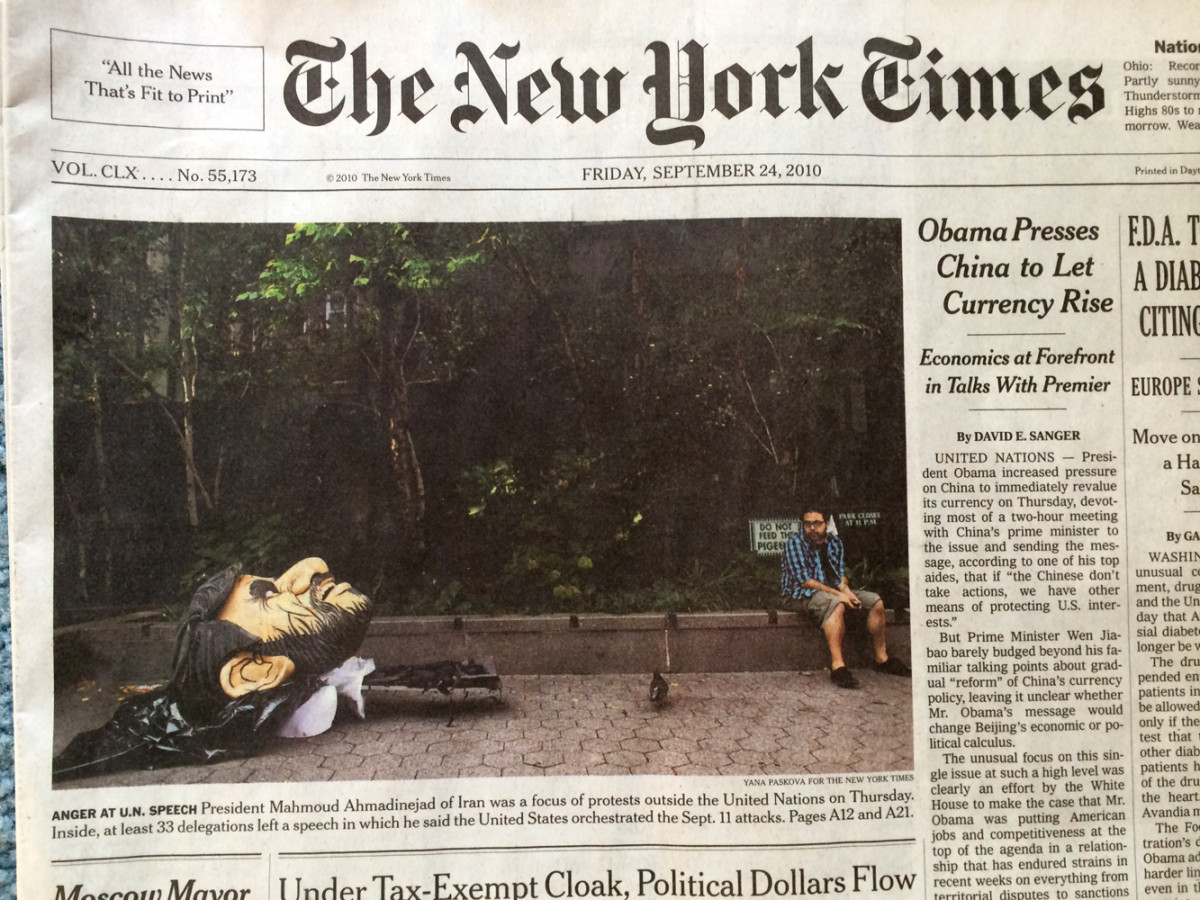 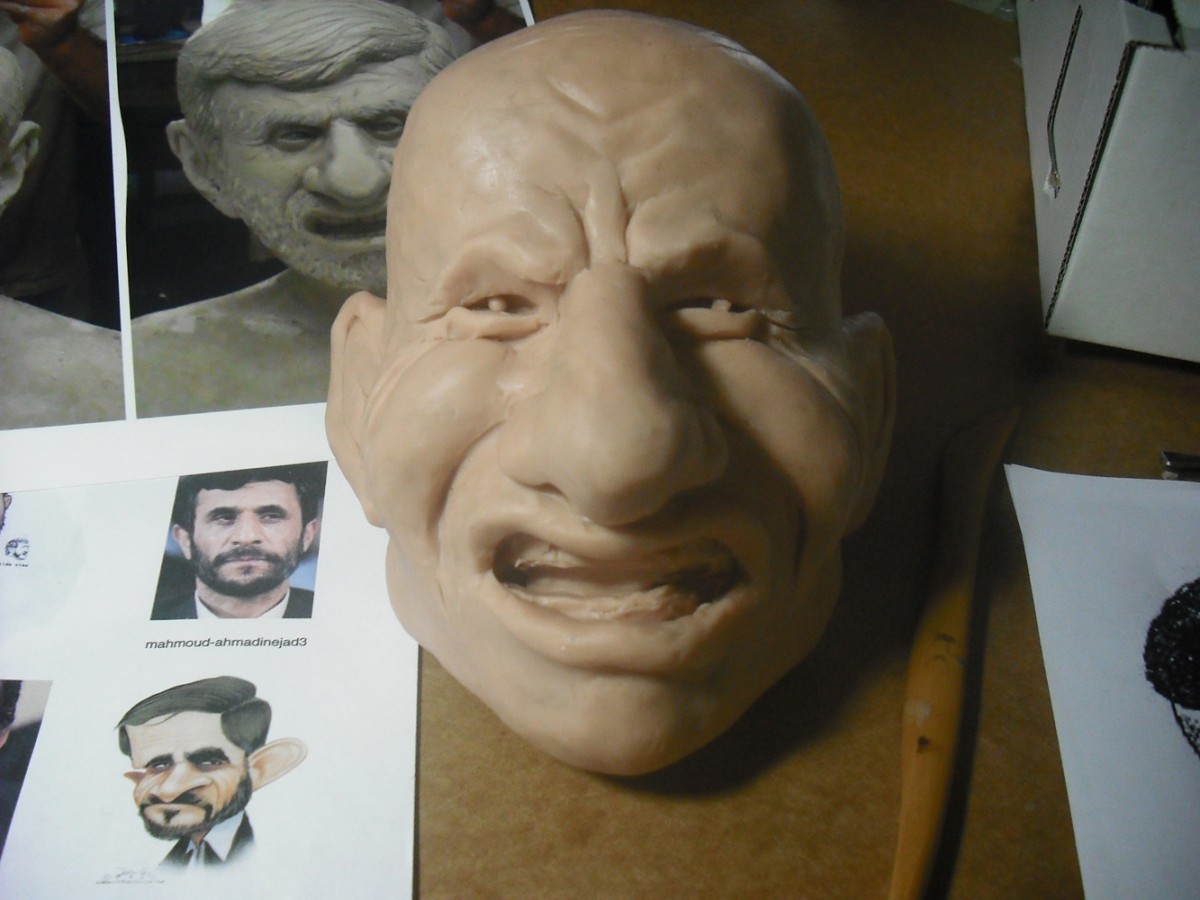 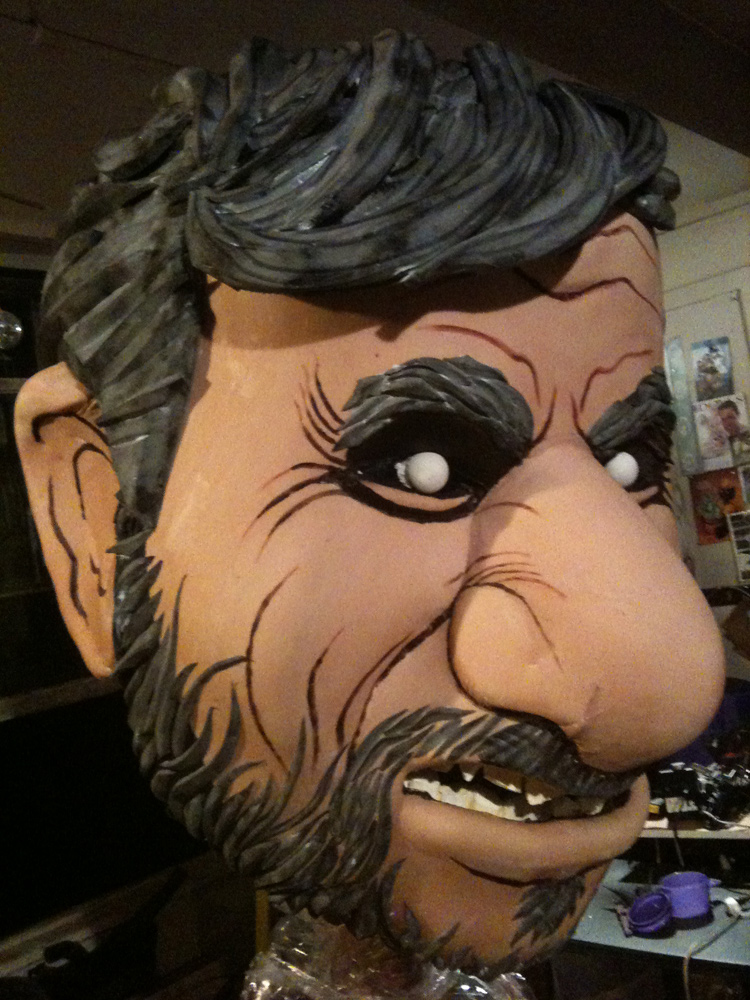 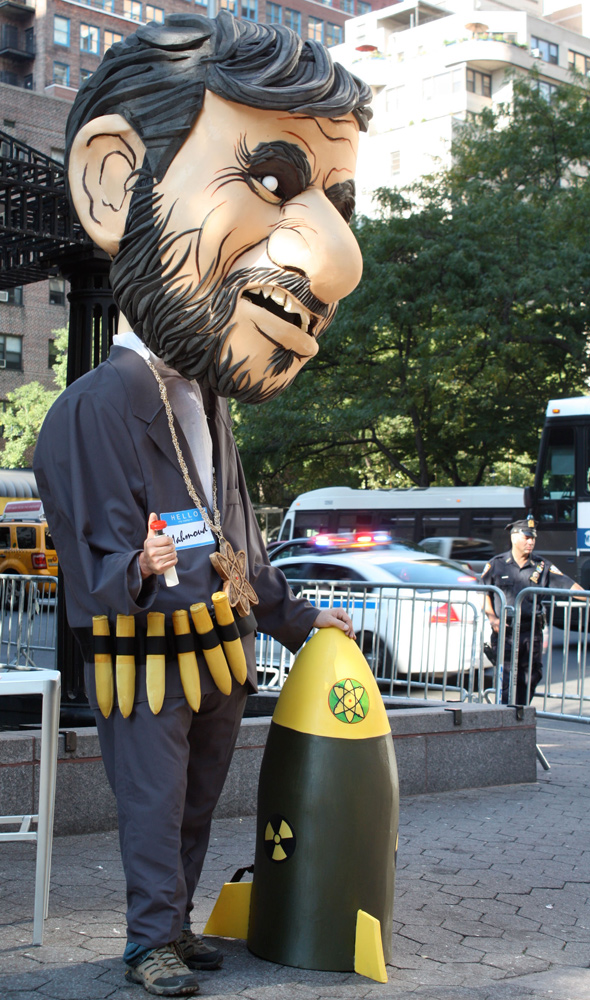 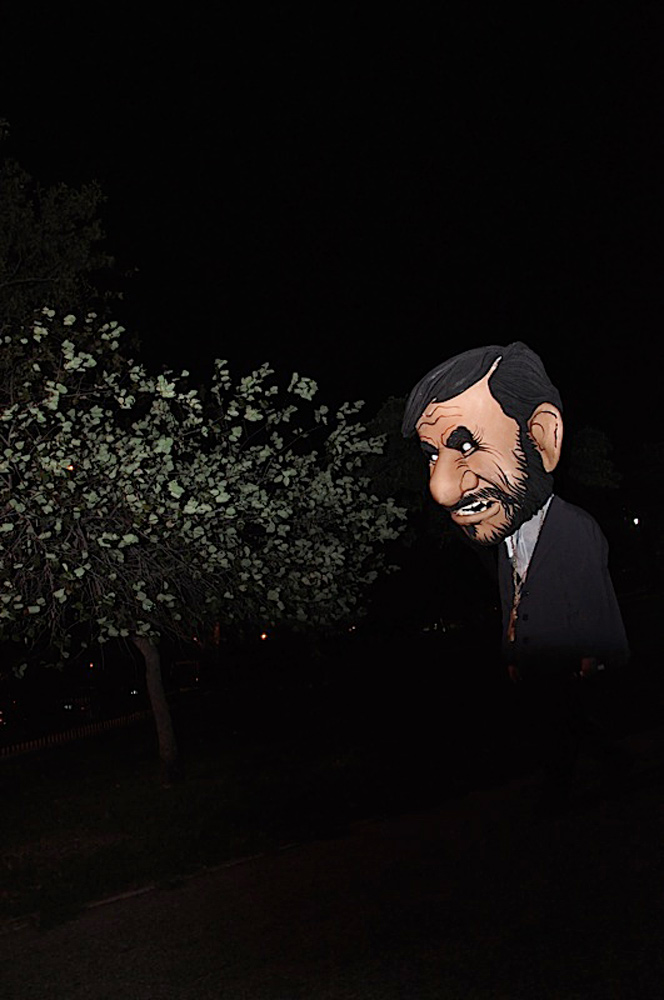 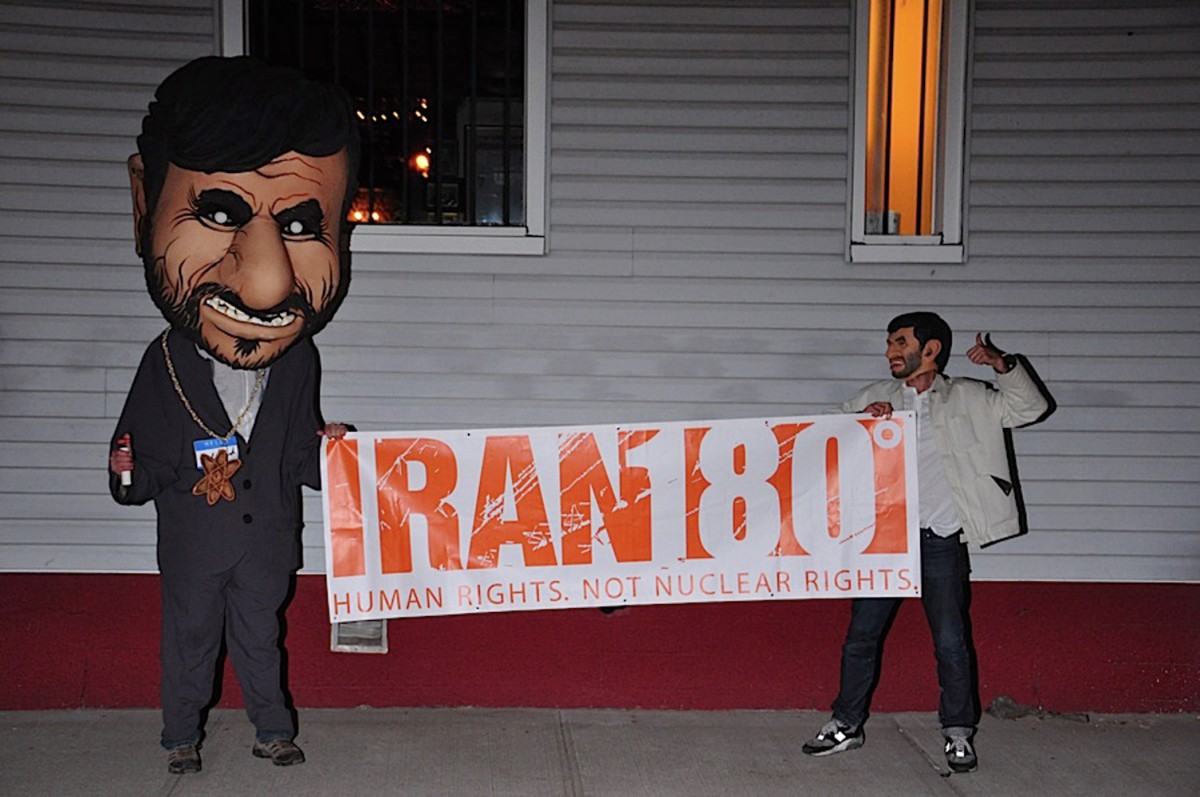 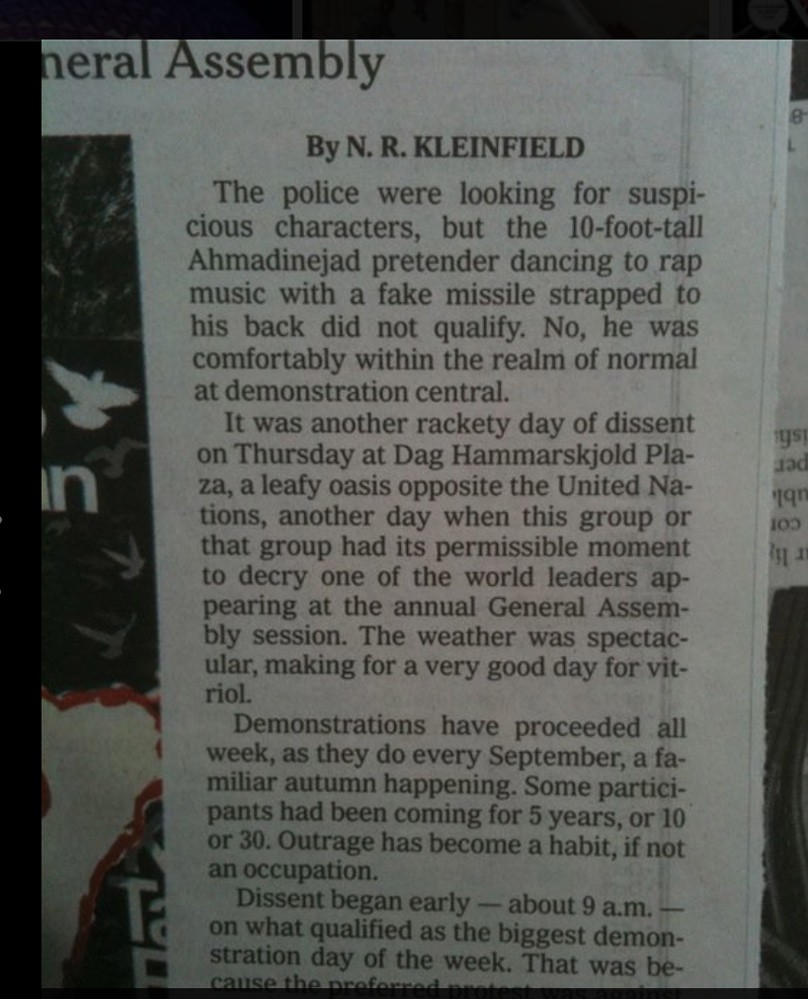 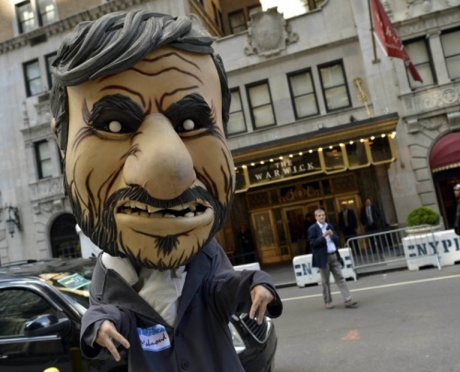 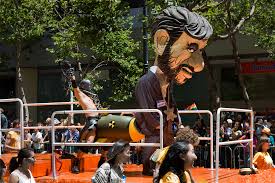 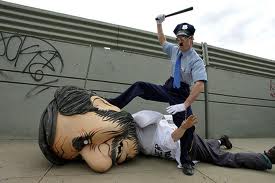